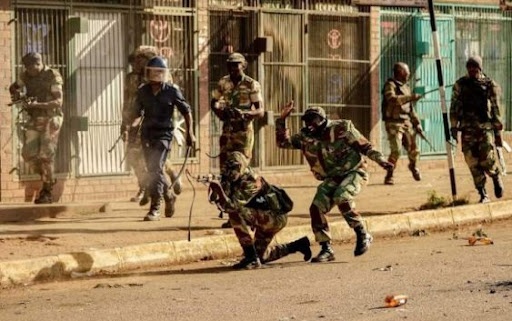 1079 people have signed this petition. Add your name now!

In Zimbabwe the rule of law has become non-existent, citizens are terrorised, beaten, abducted, and killed by the so called regime of Emmerson Mnangagwa. Citizens are not safe to express their opinions as the Constitution of Zimbabwe upholds in Section 57 through to 62 for freedom of expression and media. I call upon ther the Regional and lnternational community to hold Mnangagwa and his government accountable for the Gukurahundi massacre which killed 20 000 citizens and left thousands of people in shallow and unmasked graves, the abuduction and torture of Tawanda Muchechiwa ,unlawful arrests of Hopewell Chinono,the disappearance of Itai Dzamara and the unjustified killings of protesters on the August 2018,killings which is a snapshot of how ZANU PF is using state resources to silence citizens voices.Upon reaching the desired signatures I am going to forward this petition to the ICC Oude Waalsdorperweg 10,2597 AK Den Haag Netherlands and personall hand it over to No 10 Downing street and the U.S Embassy.