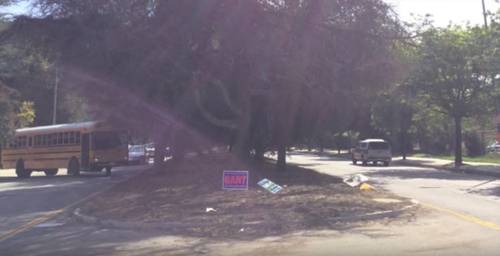 A Call to Upgrade Mulholland Drive

For many years, the median on Mulholland Drive has been an issue of grave concern for the residents of Woodland Hills.

The trees are dead or dying. Large branches routinely break and fall onto the street where they often stay for several weeks and are a hazard to cars and drivers. The weeds are either dead or rampant after rainfall. The Mulholland median should be a pleasant entrance to both Woodland Hills and Calabasas but is instead an eyesore and safety hazard.

Starting from Spielberg Drive (at the Motion Picture Television Fund) and stretching 1 1/2 miles to Topanga Blvd., the main median, the side medians and the street as a whole, Mulholland Drive is a noticeable blight to the community. As the north western boarder of the City of Los Angeles Mulholland Drive is what introduces visitors and welcomes home homeowners to our great city. The difference from the Woodland Hills (City of Los Angeles) side of the boarder and the City of Calabasas side of the boarder is striking. Calabasas has beautiful, well maintained streets while Woodland Hills has decrepit, crumbling streets. Enough is enough. Not only do the stakeholders of Woodland Hills demand routine maintenance of Mulholland Drive - we deserve beautification.

Signers of this petition urge Councilman Bob Blumenfield, President of Public Works, Kevin James and Director of Bureau of Street Services, Nazario Sauceda to work with the stakeholders of Woodland Hills to beautify Mulholland Drive.