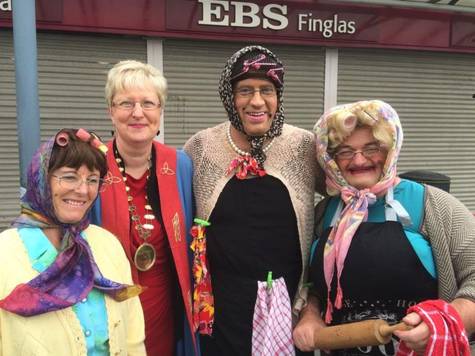 Mrs Brown petition to be recognised for a Guinness World Record

As part of the Finglas Festival the Finglas Festival Committee hoped to create a new Guinness World Record of having the most dressed Mrs Brown’s in one place. The Festival Committee attempted to pay tribute to the success of the creator Brendan O'Carroll, Who grew up in Finglas. However, Guinness World Records (GWR) officials refused to accept the attempt stating that Mrs Brown didn't meet the criteria of a GWR as the character is not recognised enough. If you agree that Mrs Brown should be recognised as an entry into the Guinness Book of Records please sign the petition.