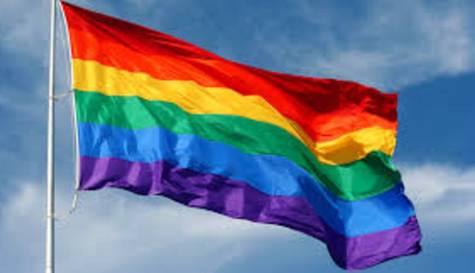 1342 people have signed this petition. Add your name now!

Shri. Sadananda Gowda, The Minister of Law and Justice

Subject : Repeal of Section 377 of the Indian Penal Code

We would like to bring to your attention a matter of the utmost urgency concerning the right to live with dignity of millions of citizens of India, namely those who are Lesbian, Gay, Bisexual and Transgender (LGBT).

As you well know, the intimate lives of LGBT citizens stand criminalized by the archaic Section 377 of the Indian Penal Code of 1860. Section 377 was introduced by Lord Macaulay and has been aptly characterized as ‘an alien legacy’, which sought to criminalize a tradition of same sex love which had tolerance if not acceptance in pre colonial Indian culture.

Unnatural sexual offences: Whoever voluntarily has carnal intercourse against the order of nature with any man, woman or animal, shall be punished with imprisonment for life, or imprisonment which may extend to ten years, and shall also be liable to fine.

Explanation: Penetration is sufficient to constitute the carnal intercourse necessary to the offence described in this section.

This provision of the Indian Penal Code, was challenged in the Delhi High Court ruling of July 2, 2009, which read down Section 377 to exclude relationships among consenting adults in private. The ruling in Naz Foundation v. NCR Delhi specifically held that the intimate lives of LGBT people could not be held hostage by the criminal law. It was widely hailed across India by legal academics, jurists and eminent lawyers such as Upendra Baxi, Ram Jethmalani, Justice Leila Seth and Soli Sorabjee. Noted authors and academics have noted the progressive and far reaching quality of the judgment in emancipating a section of the Indian population who were criminalized merely for who they were or who they choose to love. It should be noted that the said judgment drew from the Constitution to make the point that Section 377 was antithetical to the constitutional values of inclusiveness and constitutional morality.

The Court held that:

In the Indian Constitution, the right to live with dignity and the right of privacy both are recognised as dimensions of Article 21. Section 377 IPC denies a person’s dignity and criminalises his or her core identity solely on account of his or her sexuality and thus violates Article 21 of the Constitution. As it stands, Section 377 IPC denies a gay person a right to full personhood which is implicit in notion of life under Article 21 of the Constitution.

Unfortunately on 11.12.13, this judgment of the Delhi High Court was struck down by the Supreme Court in Suresh Kumar Koushal v. Naz Foundation and Section 377 was reinstated with full force. However it should be noted that even while the Supreme Court restored Section 377, in the context of a discussion on previous decisions under Section 377, the Court specifically stated that:

All the aforementioned cases refer to non consensual and markedly coercive situations and the keenness of the court in bringing justice to the victims who were either women or children cannot be discounted while analyzing the manner in which the section has been interpreted. We are apprehensive of whether the Court would rule similarly in a case of proved consensual intercourse between adults. Hence it is difficult to prepare a list of acts which would be covered by the section. Nonetheless in light of the plain meaning and legislative history of the section, we hold that Section 377 IPC would apply irrespective of age and consent. It is relevant to mention here that the Section 377 IPC does not criminalize a particular people or identity or orientation. It merely identifies certain acts which if committed would constitute an offence. Such a prohibition regulates sexual conduct regardless of gender identity and orientation.

The Supreme Court was further very specific that this was not the end of the debate and particularly enjoined parliament to take a decision on whether Section 377 should be repealed or not. The Court held that:

While parting with the case, we would like to make it clear that this Court has merely pronounced on the correctness of the view taken by the Delhi High Court on the constitutionality of Section 377 IPC and found that the said section does not suffer from any constitutional infirmity. Notwithstanding this verdict, the competent legislature shall be free to consider the desirability and propriety of deleting Section 377 IPC from the statute book or amend the same as per the suggestion made by the Attorney General.

It is clear that the Supreme Court has left the field open to parliament to legislate upon the matter as parliament represents popular opinion. It is the responsibility of parliament to ensure that the rights of all sections of the Indian people including LGBT Indians are protected.

On 15.04.15, the Supreme Court in National Legal Services Authority v. Union of India, in a far reaching judgment recognized the right to identity of transgender persons and stated that discrimination on grounds of sexual orientation and gender identity violates Article 14 of the constitution. The Supreme Court also specifically noted that Sec 377 is used to harass and physically abuse transgender persons. The court observed as follows:

Section 377, though associated with specific sexual acts, highlighted certain identities, including Hijras and was used as an instrument of harassment and physical abuse against Hijras and transgender persons.

Section 377 of the Indian Penal Code was misused and abused as there was a tendency, in British period, to arrest and prosecute transgender persons under Section 377 merely on suspicion.

Following the NALSA verdict, Tiruchi Siva, a member of parliament introduced a private member’s Bill titled Rights of Transgender Persons Bill, 2014 which has been passed by the Rajya Sabha and now pending before the Lok Sabha.

Both the NALSA decision as well as the Rights of Transgender Persons Bill, 2014 have shown the determination of both the Supreme Court and parliament to protect the rights of all citizens including transgender persons. Another state institution, the Law Commission of India as early as 2000, has in its 172 Report recommended that Section 377 be deleted. The question of repeal of Section 377 has also been recommended in various UN forums including in the Universal Periodic Review Recommendations to India in 2008 as well as the recommendations of many Special Rapporteurs. The fact that this decision is a hold-over from another era is recognized by the broad cross party support for its repeal. Many opposition parties such as the Congress, CPI, CPI(M), JD(S) and Aam Aadmi Party have recommended repeal. Even voices within the current administration including the Finance Minister, Mr. Arun Jaitley have publically stated their view that the law as well as the Supreme Court decision are behind the times. In such a legal and policy environment, the decision in Suresh Kumar Koushal seems increasingly like an anomaly, which gratuitously, brutally and cruelly violates the rights of LGBT citizens.

All these reasons should impel the Government to break its silence on the question of repeal. When it comes to a question of the right to dignity of a significant section of the Indian population, surely it is incumbent upon the Union of India to discharge their constitutional responsibility and introduce a bill to repeal Section 377. The fact that Section 377 treats millions of LGBT citizens as ‘unapprehended felons’ is a matter affecting the dignity and liberty of LGBT persons and the response of the Union of India cannot be that ‘let the judiciary decide’. The Union of India has a constitutional responsibility to protect all its citizens including LGBT citizens.

The right to dignity of millions of LGBT citizens of India must be viewed through the prism of the Indian Constitution. Dr. Ambedkar, speaking in the Constituent Assembly, put forward a unique notion of constitutional morality as a safeguard of Indian democracy. The notion of constitutional morality in D Ambedkar’s conceptualization was meant to keep in check popular prejudices. This according to Dr Ambedkar was not an easy task as Indians in the words of Dr. Ambedkar had still to learn to cultivate respect for the values of the Constitution. As Dr. Ambedkar put it:

The question is, can we presume such a diffusion of constitutional morality? Constitutional morality is not a natural sentiment. It has to be cultivated. We must realise that our people have yet to learn it. Democracy in India is only a top dressing on an Indian soil which is essentially undemocratic.

It is this difficult task that falls upon the Union Government. It is your responsibility as the Prime Minister to lessen popular prejudice, allow for free expression of ideas and repeal criminal laws which hamper and impede the right to free expression of millions of LGBT Indians.

Signed among others by: