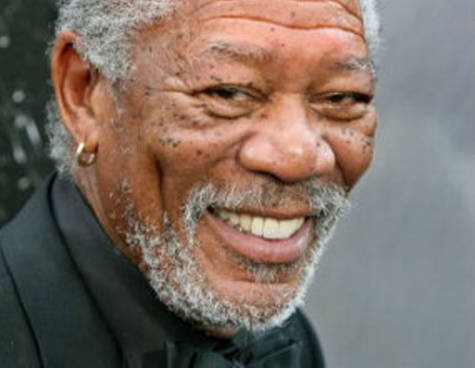 Many of America's greatest figures have holidays to commemorate their achievements: Presidents' Day for George Washington, Columbus Day for Christopher Columbus, and many others. So why is there no holiday for one of our country's most influential figures: Morgan Freeman, the spiritual father of all Americans in this contemporary culture? He has contributed his very voice and soul to the enlightenment of us humble viewers so that we may pride ourselves in the sacred knowledge he imparts unto us.

The fact this deity does not boast his own holiday is an outright travesty and necessitates change. To properly honor the greatness that is Morgan Freeman, I propose we institute a national holiday on his birthday of June 1st, so that we, free from work, may utilize the entire day to bask in his iridescent glory.

All I ask for is 100,000 signatures, 100,000 people who acknowledge that Morgan Freeman is not receiving the appreciation he so rightly deserves. We must garner our collective support to force the United States' government to recognize Morgan Freeman's birthday as an official American holiday, as it should be. We need not money or sympathy; only endorsement.

To further honor Morgan Freeman for the magnificent works he has birthed into this world, every movie theater across America will be encouraged to show his greatest contributions to our culture, such as March of the Penguins and Shawshank Redemption, so that at any time of the day, his loyal followers can hear the honey-voiced words that molded him into the illustrious deity he is today.