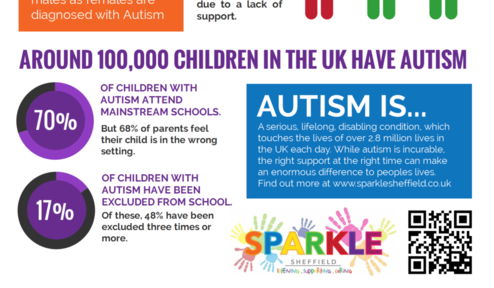 I'm sick of hearing "he's in the wrong setting" "sen schools are bursting at the seams" "even if he gets the EHCP he needs the schools are full" then professionals saying "he's making ltitle progress so he wont get one". There's thousands of parents out there, with children who are in the wrong schools. The "professionals" are putting off giving EHCP'S to children who clearly need them, because there isn't enough schools to cater for these children and lack of funding. My son has autism spectrum disorder and sensory processing disorder hes currently in mainstream school. He's year 3 and he's struggling he's working towards year 1 work, I'm fighting and fighting everyday for help and support to make life easier for him. He's in the wrong setting ,the school are trying every possible way to support and cater for him but sadly it's just not enough. I know there are hundreds of family's out there in my position or even worse. My child deserves the same support and education as the child he's sat next to.. There are hundreds of children each year being diagnosed with autism but there isn't enough space to cater for their needs. I need your help, we need to be heard, we need to stand together and make a difference. We need more schools and provisions for the growing amount of children with sen needs and autism. In County Durham alone there is only 7 infant/junior sen schools that cater for autism that are all full with waiting lists, other towns are even worse. I need everybody to get behind me and help me to get our voices heard. I need 10,000 signatures for a response of the goverment regarding this matter but I need everyone who's signing to also leave a comment and share it on facebook, twitter and your emails too. Thanks to everybody for your support it really means alot