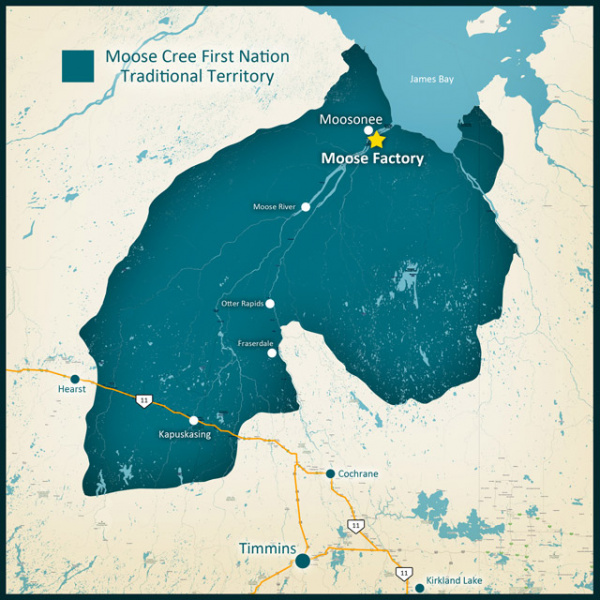 Whereas the First Nations have the right to free, prior and informed consent, as well as consultation and accommodation with respect to proposed resource development activities within their traditional territory.

Whereas all formal discussions, negotiations and amendments to the original terms, conditions and commitments of existing agreements ratified by the Moose Cree First Nation Membership must be acknowledged and adhered to, such as;

Whereas the Membership must to be consulted on any future resource development initiatives to ensure that cultural, environmental, social, economic, educational and health matters reflecting the community’s concerns, needs and aspirations are accurately represented and that our Inherent and Treaty Rights are protected.

Whereas elected Chief and/or Councillor(s) must not put themselves in a position of perceived or real conflict of interest with respect to proposed resource development projects, more specifically with negotiations, hiring, and awarding of contracts without due process.

Whereas a precedence has been set in the above noted Agreements specifically by information being shared on proposed resource development, negotiations, community consultation, finally allowing for secret ballot voting to determine the position of the Moose Cree First Nation Membership.