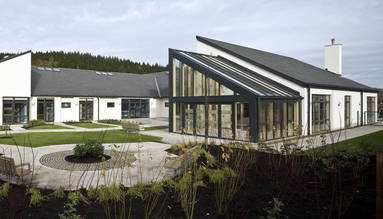 In July of this year, our minister the Revd. Angus Adamson raised concerns with our local Councillor John Bruce about the situation wherby five senior staff at Montrose House and Stronach Day Care Centre in Brodick had been almost simultaneously suspended from their duties.

The matter was subsequently raised with Mr David Rowland head of Service for Health and Community Care and since that time the situation has only worsened. The treatment of the staff members by NAC has continued in an even more aggressively unfair manner resulting in the dismissal of three of them and the continuing suspension after some six months of the other two.

Two of those dismissed lodged appeals only for NAC to claim that somehow those papers mysteriously failed to reach Cunninghame House on the designated time.

The sense of deep injustice at the way in which those in senior management within North Ayrshire Council handled this unfortunate situation has continued to cause wide spread anger within the wider Arran Community.

Therefore, we the undersigned members of the community, call on you Elma Murray, as The Chief Executive Officer, for an full inquiry into what has happened at Montrose House to be independently investigated by a panel of local North Ayrshire Councillors.