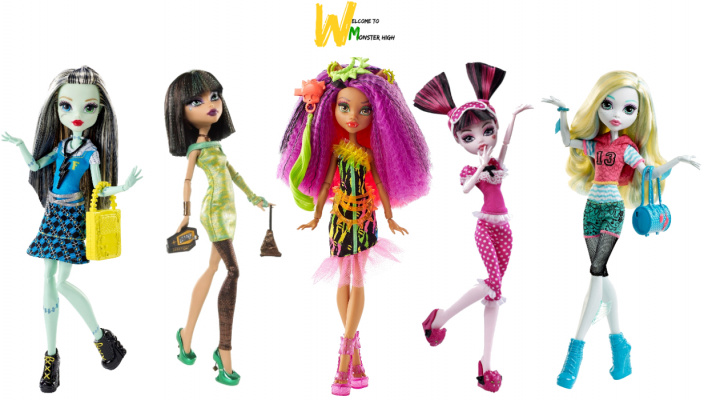 Instead an error according to me important has been the to eliminate an important secondary character as Ghoulia and Spectra! Obviously this has instigated a lot of polemics, I am not against Ari and Moanica, however would have been better perhaps, that everybody and four these characters were inside the history! According to me, instead, a positive thing has been the mix of Cleo and Ghoulia Collector, which have the face and the new style but the body and the details of the old ones, in fact I thinks that a road that Mattel could cross it is quela to make a mix between old and reboot as you/he/she has been for Cleo and Ghoulia Collector. I hope that to these words written by me, a great fan and admirer of Monster High and Mattel, are listened and arouses in you to understand that the moment has arrived to make to return this line of dolls to its great success, that the million have changed life of people.