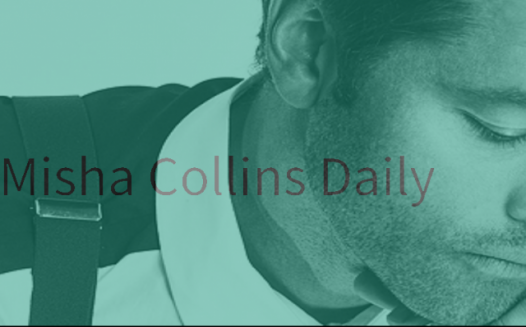 It has recently been discovered that among a plethora of other talents, Misha Collins is also a singer. As confirmed by image maker, Jack Gorton, of Rice Gorton Picture, Ltd. Misha singing in the trailer of unreleased and unfinished film, Griffith Park (2002).

As avid fans of Misha Collins, we petition Collins to further showcase this recently found talent at Creation's A Salute to Supernatural with fellow cast mates and friends, Louden Swain. Misha will have a perfect opportunity to explore this request at the Giving Back Tours in Indianapolis and Cleveland.

It would be a gift to all those whom adore him, especially if Misha discovers a passion for it. It would be grand to see him pitch a band and go on tour.