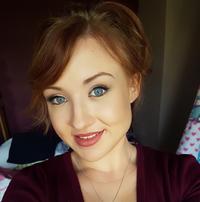 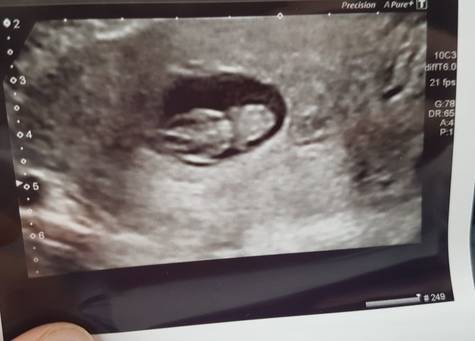 Miscarriage affects 1 in 4 pregnancies. The definition of a Miscarriage is 'the loss of a baby during the first 23 weeks of Pregnancy'. I never thought that it was a word that I needed to know much about...until it happened to me!

We lost our first baby in October 2016 - I found out at 10 weeks that the baby had only grown up to 4 weeks and there was no heartbeat present. It was a traumatic experience and a huge shock at the time and resulted in me having to have a week off work to physically recover and also deal with the emotional turmoil it created. Had I have had the option - I would have requested more time off to deal with it, but we couldn't afford to lose out on the pay at the time.

We were lucky enough to get pregnant again, just after our Wedding in December! We found out on Christmas day and had a reassurance scan in February to check that everything was growing as it should. There it was - a beautiful little heartbeat flickering away! It felt like 'our time'.

At 11 weeks, during the countdown to my 12 week scan (which we LONGED for), I started to bleed and knew there was a problem. As expected...we lost our second baby. It's heart had stopped beating and once again, we were devastated.

Unlike the first miscarriage; because the baby was larger, it was much more of a strain physically on my body. I was admitted to hospital as I couldn't deal with the miscarriage at home and once again had to have a week off work.

At no point with either of my pregnancies was I legally entitled to any bereavement leave/sick pay (statutory sick pay is only applicable after 4 days leave) as it is not a statutory right. As well as dealing with the loss of another baby, I had to suffer the reminder in 2 months worth of pay. This was a significant amount in the end because I wasn't physically prepared to return for 10 days after the loss.

If you lose a baby after 24 weeks (which I can't even begin to imagine!!) you are entitled to maternity pay.

My reason for this petition is because I think that women deserve at the LEAST, 2 days compulsory paid leave for the loss of a baby before 24 weeks. It shouldn't just be 'at an employers discretion' - unfortunately, whilst many employers are probably very generous in this respect...some are not!

Please sign my petition so that I can try and make a change and do something good for all of the other couples who have been and are yet to go through this.