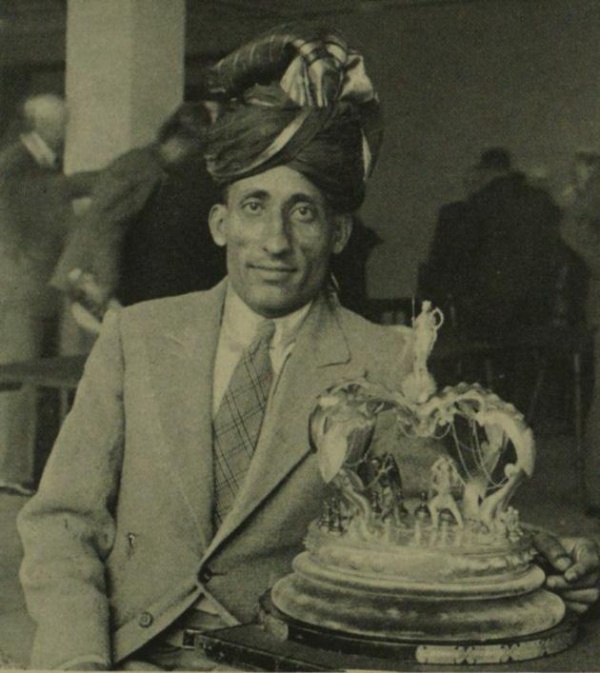 We, at ChessBase India, want to raise awareness about the fact as to what a great player Sultan Khan was and make an appeal to FIDE to consider granting him the GM title posthumously. In this respect we have organized Sultan Khan Cup 2020 sponsored by IPS Academy that will be played on 9th of May 2020 on Playchess. In his brief but meteoric career, Sultan Khan rose to the top of the chess world, playing on even terms with the world's best players.

A brief history about Sultan Khan

In 1905 was born a soft spoken, unassuming Sultan Khan in Mitha Tiwana in the Khushab district of the Punjab. 23 years later he became the national champion of India. He went on to win the British Championships three times and scored wins over great players like Capablanca, Tartakower, Flohr and many others.

Some of the achievements of Sultan Khan:

2. The first half of 1931 was probably the best period for him: he defeated Capablanca at Hastings (although he only came 3rd after throwing away a game against Euwe).

4. In the Prague International Team Tournament he scored 11½/17 against many of the leading players of the day, drawing with the World Champion Alekhine and defeating Flohr.

According to the chessmetrics.com website which calculates historical chess ratings, Khan was for at least a couple of years among the world’s top ten players, and ranked no.6 in the world at his best. It would be fitting if he were given some recognition for his achievements.

In 1950, when FIDE first awarded the titles of International Grandmaster and International Master, Sultan Khan had not played for 15 years. Although FIDE awarded titles to some long-retired players who had distinguished careers earlier in their lives, such Ossip Bernstein, Ernst Grünfeld, Boris Kostic, Géza Maroczy, Jacques Mieses, Akiba Rubinstein, Friedrich Sämisch, Savielly Tartakower, Milan Vidmar and CarlosTorre, it never awarded any title to Sultan Khan.

Your support is essential

Sultan Khan deserved the title of Grandmaster. If you sign this petition, with your support we would like to request FIDE to grant him the GM title.