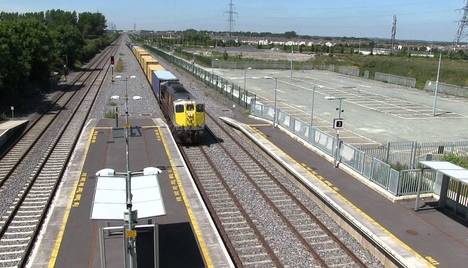 394 people have signed this petition. Add your name now!

The new Minister for Transport Shane Ross must open the multi-million ‘ghost station’ at Kishogue in Lucan, to tie in with the planned reopening of the Phoenix Park rail tunnel.

The reopening of Phoenix Park tunnel will allow trains from the Kildare line, including Lucan and Adamstown, to travel via Glasnevin Junction to the Connolly, Pearse and Grand Canal Dock stations.

Both Irish Rail and the National Transport Authority have claimed that funding is necessary for works to complete an access road and car-park.

Minister Ross must release the funding to complete the works to the access road and car-park and he must give us a firm commitment that this station will be opened at the same time as the reopening of the Phoenix Park tunnel.

This petition is being managed by Cllr. William Lavelle, local councillor for Lucan.