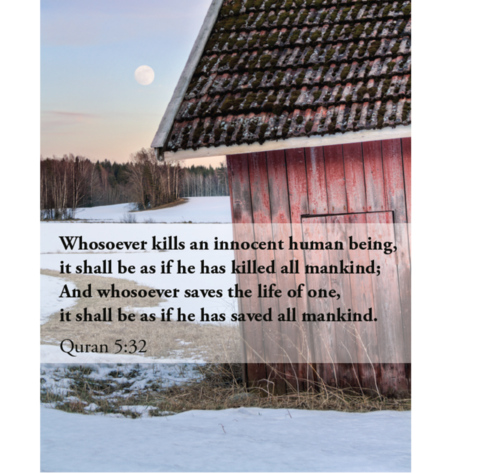 Millions of American Muslims Stand for Peace and Condemn Terrorism

Millions of American Muslims Stand for Peace and Condemn Terrorism

If a tree falls in a forest, and the media doesn't cover it, does it make the news? Of course not. But millions of American Muslims stand for peace and condemn terrorism, and they speak up about it all the time. However, every time there is an act of terror in the world, American Muslims find themselves defending Islam. Over and again, people say that American Muslims don't speak up against terrorism.

Here is a petition that, with enough signatures (over a million to be exact), inshallah, will prove once and for all that American Muslims are in fact speaking up.

As Muslims, we stand for peace. But it is equally important that we stand up to social injustices, including injustices against ourselves. The point of this petition, therefore, is two-fold:

1) To publicly disprove the stereotype that American Muslims are, by default, dangerous by virtue of their faith, as portrayed in the media;

2) To create our own headline. What is the headline here? It is the title of the petition: “Millions of American Muslims Stand for Peace and Condemn Terrorism.”

American Muslims Should Define Who They Are, Not the Media

While we can’t force traditional media to cover our stories, we can share our own stories on social media. Now that the spotlight is on Islamophobia in this country, it is up to us to make lots of noise! Let's show America how many Muslims there are in this great country, how loud we can be, how united we are — and how many of us STAND FOR PEACE.

Join me today in spreading this headline. Then tomorrow, inshallah, go out and pen your own narrative! Be the writer, not the victim in someone else’s story. We need over a million signatures to prove the headline true, but one share leads to another...

I AM AN AMERICAN MUSLIM, AND I STAND FOR PEACE AND CONDEMN TERRORISM. PLEASE STOP INACCURATELY PORTRAYING ME IN THE MEDIA AS DANGEROUS BASED ON MY RELIGION.