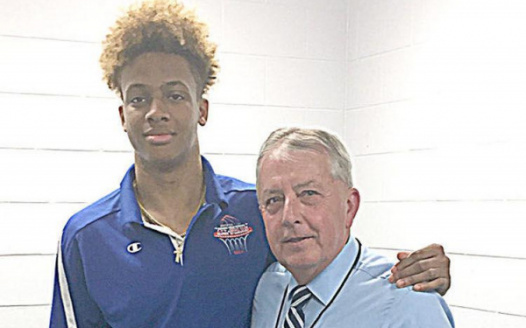 It is long overdue, but there is no time like the present either. After 1 year out of his second retirement from basketball, it is time that the South Newton School Corporation names the gymnasium after long time Boys Head coach and Athletic Director Mike Hall.

This petition is in support of renaming the currently unnamed gym at South Newton High School the Michael E. Hall Gymnasium.

Coach Hall was the head basketball coach for 26 years at South Newton compiling a record of 338-286 while on the sidelines for the Rebels.

He was the Rensselaer Republican Coach of the Year 8 times as a Rebel.

WLQI Coach of the Year 7 times.

Sectional Champion 6 times all in his tenure with the Rebels.

On top of his basketball records and accomplishments he was also the Athletic Director impacting all of the sports at the school for 22 years.

You are cordially asked to please sign this petition to be presented in front of the South Newton School Board to rename the High School Gymnasium after Coach Michael E. Hall