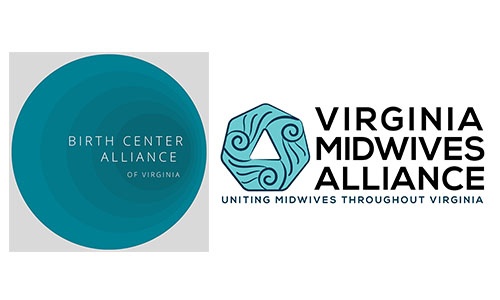 2089 people have signed this petition. Add your name now!

In every U.S. state and throughout North America, midwives’ ability to work safely and sustainably requires constant advocacy in the face of interests that would still exclude midwifery from American perinatal care. For decades, midwives have organized locally and nationally to advocate for our collective interests, and we rely on our representative leadership to understand and protect our profession. The Midwives Alliance of North America (MANA) has long held itself forth as alliance, representation, and advocacy for all midwife-types in the U.S., including unlicensed traditional midwives, Certified Professional Midwives, Certified Midwives, and Certified Nurse-Midwives. We are U.S. midwives who are publishing this open letter because we have become aware that MANA’s president, Sarita Bennett, DO, CPM is openly stating she no longer supports the autonomous practice of midwifery and is advocating for regulatory policies, like physician oversight of both CNMs and CPMs, that contradict the mission and vision of MANA and the needs of U.S. midwives.

Dr. Bennett is a doctor of osteopathy who practices out-of-hospital midwifery as a Licensed Midwife in Virginia, where Licensed CPMs are autonomous care providers. In Virginia, legislation impacting the autonomy of all midwives, including CNMs, CMs and CPMs is currently pending implementation. Therefore, the following comments made by Dr. Sarita Bennett require a timely response by MANA to mitigate the harm caused by Dr. Bennett as MANA’s representative.

On Friday, July 16, 2021, Dr. Bennett attended an online meeting of the Virginia Birth Center Alliance, which was recorded and is available at this link. The section from minute 24 through 36 includes the most inflammatory remarks. During the meeting, Dr. Bennett stated that she did not, and would not, support autonomy for either CPMs or CNMs, but instead stated that she would advocate for physician oversight of out-of-hospital (OOH) midwives. Dr. Bennett stated that, as a doctor of osteopathy, she provided physician oversight of CNMs, and that her “medical colleagues” strongly opposed autonomy for midwives to practice without a “collaborative physician agreement.” She stated that she had already “been in touch with a lot of medical colleagues” to tell them that midwifery works better when physician oversight agreements are in place.

When questioned by Virginia midwifery leadership after the meeting, Dr. Bennett confirmed she had filed Board of Medicine complaints against at least two Virginia Licensed Midwives. She expressed her belief that supporting the midwifery model of care does not “require credentialed midwives to exist” and that she does not “support autonomy for midwives who own birth centers.” She clearly showed her indifference about the midwives who have fought so hard for licensure who would be pushed into practicing underground if they wanted to continue to serve families in their community. Dr. Bennett stated, and it has since been confirmed, that she has been in touch with the Virginia Department of Health and Human Resources. She has also stated she has written letters to Virginia ACOG leadership and other medical organizations to advocate for the restriction and marginalization of CPMs as described above.

On Monday, July 19, 2021, Dr. Bennett made public comments on an international Facebook group with over 3500 members in response to a post bemoaning the financial insecurity and lack of autonomy that CPMs face in many U.S. states. Dr. Bennett wrote that “Credentialed midwives are no longer part of my thinking for how to protect physiologic birth.”

The positions for which Dr. Bennett is advocating—for physician oversight of OOH midwives, and the public expression of the opinion that many midwives are untrained and incompetent dramatically contradicts the stated vision and mission of MANA as well as the needs and interests of CPMs, and indeed all out-of-hospital midwives, in the United States. The thousands of midwives who have advocated for, and achieved, licensure in U.S. states, who have fought for the autonomy necessary to safely serve clients and support their informed choices, and who have advocated for the validity of the direct-entry midwifery educational process would be absolutely appalled to know that MANA’s primary agent is advocating against their interests from a leadership role in which MANA has held her forth as speaking on behalf of all U.S. midwives.

Dr. Bennett’s opinions are spoken on behalf of MANA by virtue of the fact that MANA publicly holds her forth as its president and the representative of the nation’s midwives. The MANA Board is therefore directly responsible for any words or actions that Dr. Bennett is making in relation to midwifery in the United States. Dr. Bennett’s actions directly violate MANA’s mission and vision statement:

Dr. Bennett’s advocacy positions on the autonomy of OOH midwives, CPM licensure, and CPM education run counter to the needs and interests of U.S. midwives. On July 22, 2021, we asked the MANA Board of Directors to protect the interests of U.S. midwives by immediately removing Dr. Bennett from her role as MANA’s president and national representative . We explained that the situation is especially emergent in Virginia, where midwifery legislation is currently pending implementation. Dr. Bennett's advocacy for physician oversight of midwives, as the President of the Midwives Alliance of North America, has the ability to affect how this legislation develops for each day that it is allowed to continue.

Nevertheless, the MANA Board responded that they would discuss the situation at their next regularly scheduled Board meeting. MANA’s inaction makes them complicit in Dr. Sarita Bennett’s effort to sabotage midwives. MANA continues to hold Dr. Bennett forth as its President and CPM representative on its website and public materials, despite the indisputable evidence before it that she has advocated for positions that directly contradict MANA’s vision and mission as well as the urgent contemporary needs of its membership. MANA’s chronic failure to reflect and advocate for the needs of all North American midwives has caused its membership numbers to dwindle, but the voice of its president still holds advocacy power and is perceived as knowledgeable and representative of the needs and interests of CPMs and all midwives.

We call for Dr. Sarita Bennett to resign her position as President of MANA. We invite both MANA members and non-member U.S. midwives, midwifery organizations, and concerned citizens to call on the MANA Board to act immediately to prevent further harm caused by the public anti-midwife advocacy positions of its president, Dr. Sarita Bennett. We hope that a new generation of midwives will step into positions of local and national leadership, including at MANA, to help us collectively ensure that every midwife, no matter their license type and location of practice, can serve their clients safely and sustainably, and that the profession of midwifery can thrive in North America.

Sign this letter and add your voice to the chorus of midwives and students calling for Sarita Bennett’s resignation as president of MANA. Midwives deserve better!