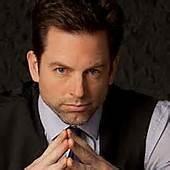 Michael Muhney needs to be put back on Y&R immediately!

JFP has ruined The Young and the Restless! We need to let Les Moonves/CBS and Sony Television and the people at Y&R, that Michael Muhney's firing is unacceptable with the fans, we do make a difference, we are the viewer's and their precious numbers! Without us there is no show! We need to get everyone together to get this show back on track and quit firing the most talented Actors on the show! We want Michael Muhney Back, NOW! Please sign.