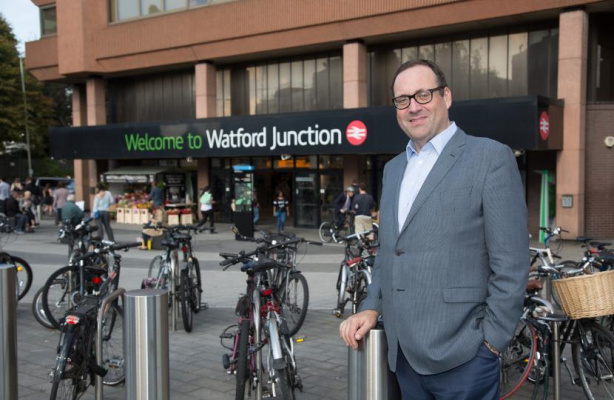 On Thursday 25th January 2018, London’s Labour Mayor Sadiq Khan confirmed that Transport for London (TfL) will not deliver the Metropolitan Line Extension, despite getting the extra £73 million that he asked for.

In a show of commitment to the scheme, the Government offered Mr Khan £73 million and was also willing to hand over control of the tracks, and the air rights. But the London Mayor is not willing to push ahead with the extension of the tube line, instead offering a guided bus route.

Watford MP, Richard Harrington, said “We’ve given him everything he’s asked for, and more. I’ve reluctantly come to the conclusion that Sadiq was never serious about this.”

Mr Harrington persuaded Transport Secretary, Chris Grayling MP and Local Government Secretary, Sajid Javid MP to recommit to the scheme, and secured £73 million, on top of the £110 million provided by the Department for Transport over two years ago.

Local MP, Mr Harrington has been championing the scheme and originally secured funding from the previous Mayor Boris Johnson and the then Transport Secretary, Patrick Mcloughlin back in 2015.

The scheme would have connected up the Metropolitan Line to Watford Junction, and built two new stations in Watford. This was signed off by Boris Johnson in 2015, but last year Sadiq Khan said a further £73 million was needed.

Having sympathy with this, Richard Harrington met with Senior Cabinet Ministers, Chris Grayling MP and Sajid Javid MP and managed to agree the extra £73 million for the Metropolitan Line Extension.

But Sadiq Khan has decided not to pursue this project, despite the extra funding from the Government, and the overwhelming support from two Secretaries of State. He has instead offered a guided bus route, which Mr Harrington says “is not good enough”.

“I’m very disappointed by the London Mayor. I met with him a few months ago and persuaded him to have another look at the huge benefits of the Met Line Extension, not just to the residents of Watford and South West Herts, but to Londoners too.

He told me he needed more money and so I got two Secretaries of State to guarantee an extra £73 million for the project, making up for the shortfall outlined in his business case. On top of that, the Government has given him the air rights and control of the tracks!

This is something that I wanted to deliver for Watford residents. I made sure he had the money, as well as the support from the Government, but Sadiq won’t follow through.”

“Richard Harrington has championed the Metropolitan Line Extension for years and he secured the funds for it to go ahead. It is hugely disappointing that the labour mayor won’t deliver on his election promises even with the additional money Richard has secured from Government.”