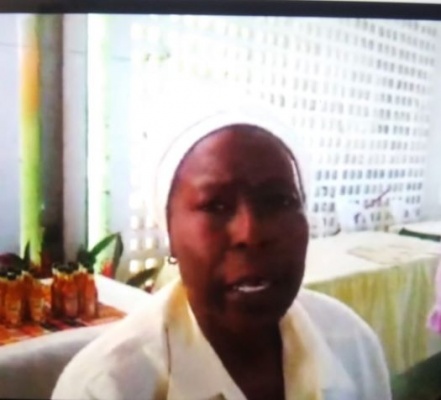 This petition is on behalf of Joanna who is known and seen to be wandering the streets of Canefield, Roseau, Portsmouth and beyond and is engaged in filthy activity by reason of insanity as it is believed that she is suffering from mental illness. As a result of that mental illness, this individual can reasonably be expected within the near future to unintentionally seriously physically injure herself and/or others, and engaged in an act or acts or make significant threats that are substantially supportive of this expectation.

Joey’s judgment is so impaired by her mental illness that her lack of understanding of the need for treatment has caused her to demonstrate an unwillingness to voluntarily participate in or adhere to treatment that is necessary, on the basis of competent clinical opinion, to prevent a relapse or harmful deterioration of her condition, and presents a substantial risk of significant physical or mental harm to herself and that of others.

Joey has been a patient at the Psychiatric Unit at the Dominica China Friendship Hospital this year (2020) on multiple occasions and discharged repeatedly after very short admittances knowing that she is unwell and requires far greater assistance than she was provided.

The conclusions stated above are based on my personal interaction and observation of this individual over the past few years and recent months doing the following acts and saying various things which does not represent the sanity of a young adult.

Ms. Joanna Terrell is known and loved my many of different ages and walks of life including friends, neighbors, family, former schoolmates and teachers, community representatives both at home and abroad, and as a sign of our love, concern and well-being for her, we sincerely and collectively sign this petition in support of her, by means of getting her urgent help into an appropriate facility for her metal condition. Please help our dear Joanna (Joey) Terrell.