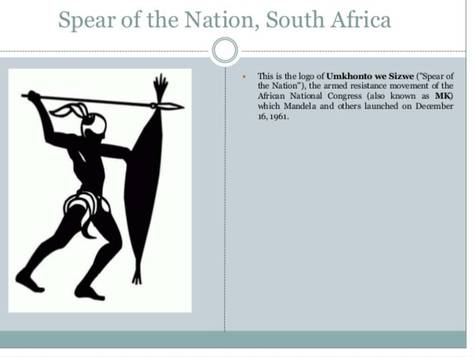 Memorandum from Senior Commanders and Commissars of the former military wing of the ANC, Umkhonto we Sizwe.

1. We, the undersigned, are all committed cadres of the African National Congress, having served our glorious movement for many decades. Throughout our lives, and whenever the need arose, we did not hesitate to raise our hands to be counted among those who could be deployed by the ANC in the service of our country. Whatever the challenges we faced, whatever the risks we had to endure, we gave our all. In responding to the call of duty, we never strove for personal benefit, status or power. We executed our tasks as commanded to us by the leadership of the ANC, comfortable in the knowledge that the decisions of the leadership were based solely on the selfless pursuit of the well-being of our people. As such, we did not hesitate to shed our quota of blood.

2. We responded to the call of duty, because we correctly believed, as we still do, in the centrality of the ANC in the people's struggle against apartheid, and in the democratic transformation of our society to achieve a better life for the people of our country.

3. As disciplined cadres of the movement, we sought always to interpret the actions of the leadership of the ANC, through the policies, strategies and tactics of our organisation.

4. Recent events in our beloved country have both saddened and outraged us. The removal of Comrade Nene from the post of Minister of Finance and his proposed re-deployment to a junior post in the New Development Bank leaves much to be desired and communicates the singular message that all is not well with our movement and in the State. What objective was served by the removal of Comrade Nene at such a fragile time of the country's economy? How do we justify his redeployment to a junior post as a decisive promotion directed at serving the national interest?

5. We welcomed the intervention that led to the appointment of Comrade Pravin Gordhan as Minister of Finance. This was a critical and necessary corrective step in order to prevent massive irreparable damage to the economy.

6. We are concerned by the manner in which the Hawks is conducting their investigation of so called SARS "rogue unit". This investigation is been conducted in a far too public and antagonistic manner that would suggest the abuse of state institutions for ulterior motives. A more responsible approach is needed, in keeping with the rule of law and sensitive to the challenges that the country is currently facing.

7. The recent revelations by Comrade Mcebisi Jonas that he was offered the post of Minister of Finance by the Gupta family is shocking and most embarrassing to the integrity of the ANC and the State. We salute this most courageous of acts by Comrade Mcebisi Jonas, and believe he has acted in the interest of the truth and in the defence of the the prestige ANC. We reject with contempt efforts to malign his integrity and good standing, and specifically call on Cde Kebby Maphatsoe to desist from further maligning the good name of Comrade Jonas Mcebisi.

8. In the light of these revelations, we demand to know what role, if any, do the Gupta family play in influencing the appointment of Ministers and to what end? Which other Ministers have been approached by them in this manner? What private arrangements, if any, have been made with the Gupta family? What is their role in the appointment of Boards members of State Owned Enterprises? Is the the leadership of the ANC aware of these arrangements ? On whose authority does the Gupta Family act ?

9. In the absence of any coherent explanation to all of the above we are forced to speculate that important decisions of the State are subject to outside influence and unilateralism without any regard to the well-being of the country or our people;

10. As a direct consequence of these actions our country has been plunged into an uncertain and perilous future.

11. Further, over the years we have witnessed, amongst other things, the rise of factions and slates, the diminishing quality of ANC cadreship, the rise of antagonisms within the Alliance, the breakaway of Unions from Cosatu, the break-up of the ANC youth League, the marginalization of committed ANC comrades, the rise of vulgar and unsophisticated politics within the ANC, the silencing of critical but necessary voices within the ANC, the wanton destabilization of critical state institutions, the wasteful expenditure of state resources, the devaluing of the critical institution of Parliament, the erosion of trust within the various arms of the State, the unprecedented rise of patronage and cronyism, the Juniorization of the State and the ANC and most alarming of them all, the use of the State machinery for the private interest of the few.

12. The country as a whole has been subjected to one crisis after another. As a result, the nation building project so necessary for the prosperity of our country, is been compromised before our eyes and the national psyche is characterized by helplessness and the fear of what the future may hold.

13. Whilst the challenges that face the ANC are many and complex, we are most concerned about the increasing tendency of state capture. We can no longer remain silent in the face of this most undemocratic and dangerous of developments.

14. There are many, many accounts of undue influence on the decisions of the State. We need to establish the veracity and the validity of all of these claims.

15. If indeed these claims are true, then we call on the leadership of the ANC to act against this tendency and reclaim its integrity. We must free the ANC and the State from such influence and expose all those who are in cahoots with this tendency.

16. Accordingly, we call on the leadership of the ANC to establish an independent commission of enquiry composed of eminent persons within the ANC and civil society to investigate all claims of undue influence, especially by the Gupta family on the ANC and on the State.

17. In the light of the many challenges facing the ANC and the State we further call on the leadership of the ANC to urgently convene a special National Conference to assess these challenges and chart a way forward to restore the prestige of our glorious movement and the State. The membership of the ANC and the country as a whole, have entrusted them with this responsibility.

The undersigned were all senior commanders and commissars of uMkhonto we Sizwe. We are all satisfied that we speak for the majority of former MK cadres and many of those still deployed in state institutions who we do not desire to draw into this memorandum and its demands. We are certain that many of those who fought for our democracy under the banner of the ANC who are pained by the degeneration of the standing of the ANC will find resonance with the sentiments we have expressed.

on behalf of the following