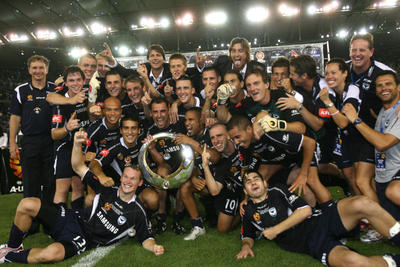 Football Federation New. South Wa...i mean Football Federation Australia are trying to screw Melbourne Victory over once again.
Victory will earn its Grand Final place and hosting rights when it wins it's semi final.
FFA are trying to move this game to another venue most likely in Sydney which of course is the city with the worst sporting "fans" in our country.

No other sporting code in the world would allow this and it must not happen.

The game is Melbourne's and should be in Melbourne.
AAMI park will do just fine.