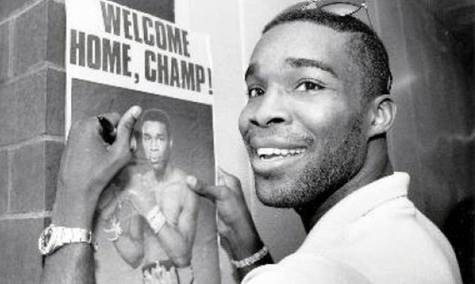 682 people have signed this petition. Add your name now!

Michael John Nunn, former World Middleweight Champion boxer, is currently inmate #11772030 of the Hazelton Federal Corrections Institution in Bruceton Mills, WV before which he was incarcerated at the Bastrop, TX facility. It was there that Mr. Nunn was routinely berated with racial slurs and had threats made to his life by prison staff. Having sustained a serious wrist injury this past May when his handcuffed arm was twisted by a corrections officer prior to his unannounced, middle of the night transfer from Bastrop to Hazelton, Michael has been kept for more than four months from being seen by prison physicians as is not only medically necessary, but a lawful requirement.

Furthermore, Hazelton’s warden is denying any prior knowledge of Michael’s injury. Should prison administration continue to ignore such requests and remain silent on the matter, his legal counsel is prepared to pursue action which will enable Nunn to obtain treatment at an outside health care facility.

His incarceration for a non-violent drug offense began in 2004 and has included stays in seven different maximum-security facilities with frequent denial of phone, email, and commissary access despite Michael's record of exhibiting model behavior. Your signature to this petition will be invaluable to forcing the hand of the Federal Corrections system in holding themselves accountable for their obligation to provide their inmates with adequate medical care.

Please help this man who has repaid his debt to society several times over receive the civil liberties and human decency to which he is entitled. On behalf of Michael “Second To” Nunn and Eric Murphy, thank you very much for your support.