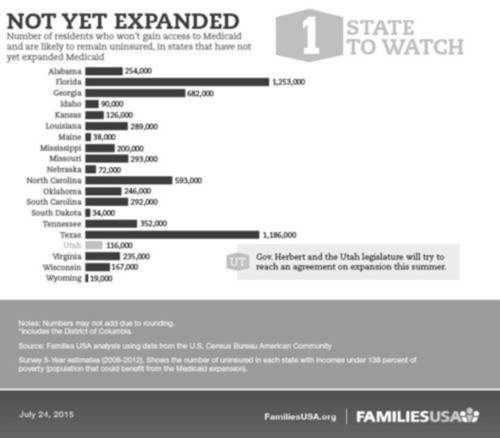 On July 30, 2015, Medicare and Medicaid, federal programs which have dramatically improved the lives of Floridians, celebrated their 50th anniversary! In 1965, President Lyndon B. Johnson signed into law legislation that established the Medicare and Medicaid programs, both of which continue to provide lifesaving health insurance to our nation’s elderly and most vulnerable citizens. In reality, there are few programs that have changed the lives of Americans more over the past fifty years. Before Medicare’s enactment, almost half of our seniors lacked health insurance; today, Medicare provides health care to nearly 100% of Americans over 65. Thanks to Medicare, 54 million elderly and individuals with disabilities now have health insurance.

Medicaid was established to provide low income individuals with the peace of mind and security that comes from affordable health insurance. Many of Medicaid’s more than 71 million enrollees are children from low-income working families. Historically, pregnant women and children have benefitted tremendously from Medicaid coverage. The program covers 45 percent of births nationwide; improving health outcomes for both mother and her baby. Medicaid is also the nation’s largest payer for long-term care services and supports, including home- and community-based care as well as nursing homes.

Yet enough is enough! The state of Florida needs to implement Medicaid expansion through the Affordable Care Act immediately! The decision is simple and straight forward: Florida taxpayers would benefit from an expansion, 900,000 Floridians in need of health care would obtain insurance, and the Florida health care system would prosper. So what is the hold up? State House Republican lawmakers and Florida Governor Rick Scott are playing politics with the healthcare of our most vulnerable residents by refusing to pass a Medicaid Expansion bill in the state legislature, even after holding a special session in June. Please sign on to encourage members of the Florida legislature and Governor Scott to approve of Medicaid Expansion today!