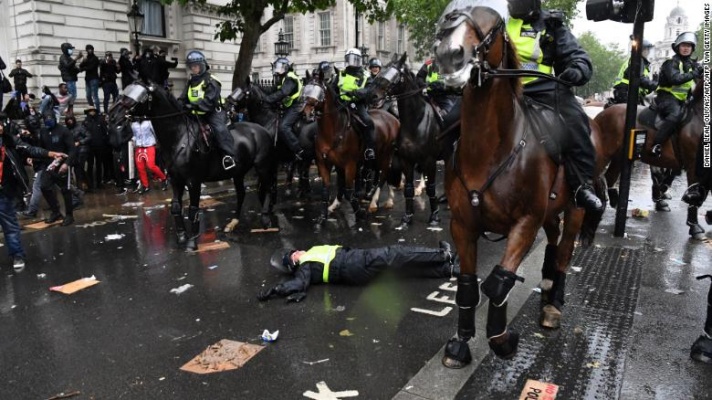 Free to sign: Mayor's Office for Policing and Crime to Abolish the use of Horses for Crowd Control

We are writing to you in your capacity as having overall responsibility for policing in London under the Police and Social Responsibility Act 2011. As members of the public, we are concerned about acts of violence committed against service animals, particularly against horses, during the protests in Whitehall, SW1 on 6th June 2020.

On viewing initial footage captured by the public, it is clear the horses’ presence escalated tensions and offered a focal point for people who were intent on instigating violence. Rather than being an effective deterrent to disorder, the service animals were a vulnerable target. An officer was injured, and the horses were clearly distressed and unable to cope with the circumstances they were led into by officers attempting to ‘kettle’ the crowd.

As concerned members of the public we do not believe it is safe or appropriate to use service animals for crowd control. The police are adequately equipped with physical protection to shield them as well as technology fitted to body armour to aid in intelligent policing. Intelligent policing is what we should be seeing in the 21st century rather than archaic tactics used in the 1980’s and earlier which historically have resulted in more injuries and in some instances, loss of life.