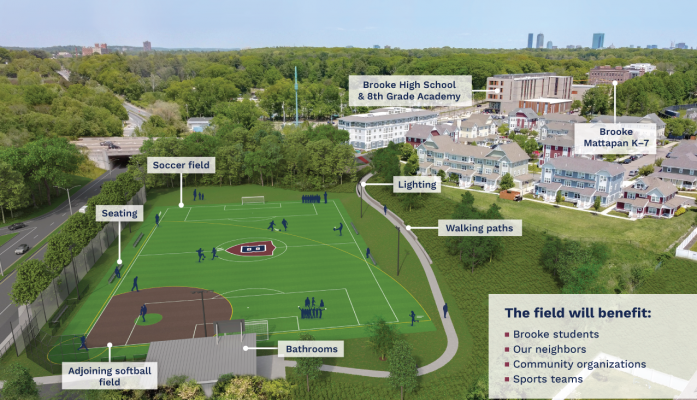 We, the undersigned, are concerned citizens who urge the Boston State Hospital Community Advisory Committee to approve the development of the four-acre land parcel at the intersection of American Legion Highway and Morton Street into outdoor recreational space.

The completed project will meet an urgent need for additional outdoor athletic space for Mattapan children and families. Mattapan has a higher ratio of kids and teens (at 36%) than any other Boston neighborhood, and its open space ratio is already below the city average (6.4 acres per 1,000 residents vs 7.6) with 30% of existing open spaces being urban wilds, cemeteries, or otherwise unusable. Furthermore, although Mattapan has four existing community parks and two large nearby green spaces (Franklin and Harambee Parks), these spaces are already heavily utilized and shared with Dorchester and Hyde Park, resulting in the existing difficulty of securing use permits.

For these reasons, we are in support of the project to approve the change of use of the four-acre parcel from the originally planned urban farm into a soccer field and adjoining softball field with lighting, bathrooms, walking paths, and seating, not only for Brooke Charter Schools students, but also for the wider Mattapan community.