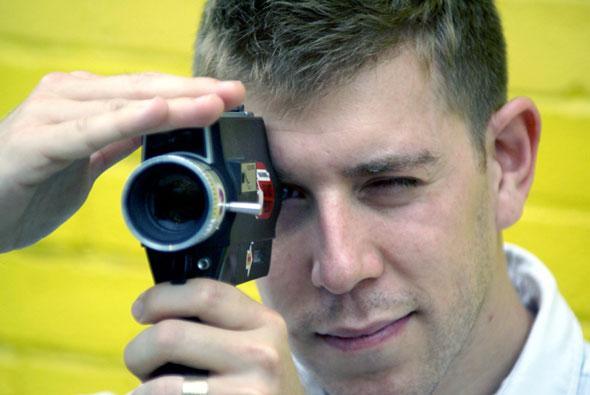 A reboot of the original Mighty Morphin' Power Rangers is coming to cinemas in the not-too-distant future, proving the 90s are well and truly back.

Saban Brands, owners of the multi-coloured, robot-piloting kung-fu heroes, has partnered with Lionsgate, the studio behind The Hunger Games, to produce a new movie based on the classic Power Rangers.

The movie, still in early stages of development, is in need of a director and who could do a better job than former Power Ranger Matt Austin Sadowski? The actor-turned-director is perhaps the greatest option for Saban Brands/ Lionsgate considering he has worked on the TV series Power Rangers S.P.D. serving as the lovable, yet slightly odd, Green Ranger Bridge Carson.Not to mention having two feature films under his belt and his short films havewon awards at festivals around the world Saban have to look no further as this is definitely the guy they need.

Marc Webb went from 500 Days Of Summer to direct The Amazing Spiderman (the highest-grossing reboot of all time). Could history repeat itself once again? From directing Pretend We're Kissing to the Power Rangers Reboot, Matt could give this long running franchise that little extra kick it needs to take the world by storm once again.

He has written for magazines, musicians, the stage and television but his passion is writing and directing for the screen.

His short films (Jimmy, Plus or Minus)have won awards, played on cell phones and iPads, onscreens in foreign countries, and at the 2010 Vancouver Olympics (The Butterfly and the Bee). It’s very possible that you’ve seen his timely documentary about teen zeitgeist auteur, John Hughes, Don’t You Forget About Me. It’s been mentioned on CNN, in the pages of Variety, Toronto Life and the Globe and Mail. It’s currently playing on networks around the world.

His improvised and slightly experimental featurette, Most Likely To, was called a “potent calling card” in Variety. In 2010, Matt directed 3 episodes of Teletoon’s first live-action/animated hybrid, Mudpit. He is the co-creator/director of TMN’s hit reality show The Right Hand (now filming its second season), and helmed a pilot for a new series called The Last Man on Earth, with Jonas Chernick (actor, The Border), Joseph Kay (writer, Living in Your Car) and Corey Marr (producer, Passenger Side). Most recently he wrapped production on a presentation pilot for CTV called Marshall Law.

He wrote for CBC’s flasgship radio drama/comedy, Trust Inc (before the big cuts cancelled radiodrama), he is a recipient of the 2011 Drama Prize from the National Screen Institute for his shortfilm S is for Bird (Best Film Nominee, Yorkton Short Film Festival, Telefilm Not Short on Talent Film Screening) and had his film The Tape (invited to Cannes, by Telefilm, as well) play to great buzz at the 2012 Toronto International Film Festival.

With a number of series concepts and two feature films in development, the future looks very promising – especially having just finished the Telefilm Microbudget Film Program, for his feature debut, Pretend We’re Kissing.