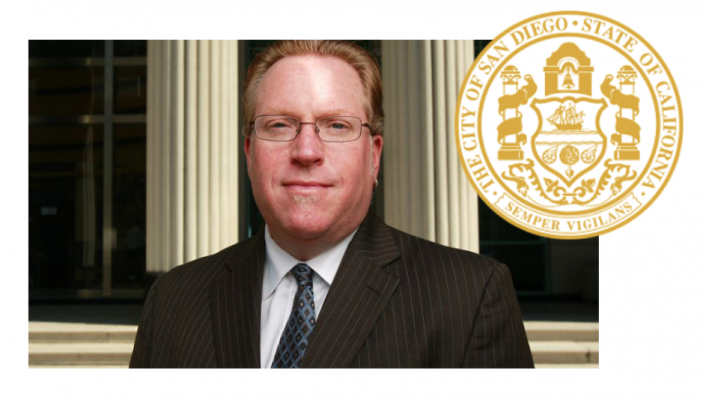 San Diego City Attorney Mara Elliott must go. Her ethical violations make her ineligible to serve. San Diego deserves a City Attorney with a moral compass who will ethically uphold the law. Join us in urging attorney Cory Briggs to challenge Elliott in the upcoming primary election on March 03, 2020.

In May 2019, San Diego father and attorney Matt Valenti spoke before the San Diego City Council and accused City Attorney Mara Elliott of helping to cover up a sex abuse scandal at the publicly funded SD Junior Theater. Valenti first learned of the sex abuse in 2017 when his children were members of the Junior Theater. After pulling his children out of the program, he filed a complaint with the San Diego City Attorney's Office, asking Elliott to investigate and take action. Valenti says, not only did that investigation never occur, but City Attorney Mara Elliott in fact obstructed justice by giving the Junior Theater attorney, (and Elliott's personal friend) Gil Cabrera, a heads up that a complaint had been filed with her office. When he appeared before the SD City Council in May 2019, Valenti provided a copy of an e-mail from Elliott to Cabrera as evidence.

Valenti obtained this e-mail through a public records request - a request which would have been impossible had Mara Elliott got her way and SB615 had been passed. Earlier this year, Elliott co-wrote a bill, SB615, which would have made public records requests nearly impossible. She was forced to scrap the bill after significant blowback from community groups and journalists. Some are now questioning the timing of SB615. Did Elliott write this bill specifically to cover her own tracks?

Mara Elliott putting her personal relationships ahead of the safety of our children makes her unfit to serve. If she won't resign, we must find someone to challenge her. We are calling on San Diego attorney Cory Briggs to run! As a skilled civil attorney Briggs has a successful history of suing the city for violations against the public. He not only has the much needed moral compass but the experience required to serve as City Attorney.

Sign the petition and tell Cory Briggs to run today because #MaraMustGo!