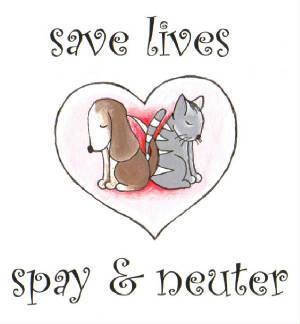 Pet overpopulation is a huge problem in the United States. Not only areapproximately4 MILLION pets being euthanized every year, it is costing taxpayers around $2 BILLION to impound, shelter, euthanize and dispose of homeless pets. The greatest act which can help limit this is spaying and neutering. In California there already exists a law which requires shelters to spay/neuter their animals. But, irresponsible pet owners are still not required to do so. Having a law in place that would make it mandatory for private pet owners to sterilize their pets by the time they are of a certain age could significantly help the cause. The amount of homeless animals would decrease, as would the amount of money taxpayers are spending. There are as many as 70 million stray animals without a home in the US, the next step towards preventing this is mandatory spay and neuter laws for private pet owners. Take a step towards change and please sign this petition. As a fellow animal lover and pet owner who has volunteered in vet clinics, I know the importance of spaying and neutering. I will be sending this, along with a proposal, to California state senator, Ted Lieu. The support is greatly appreciated!