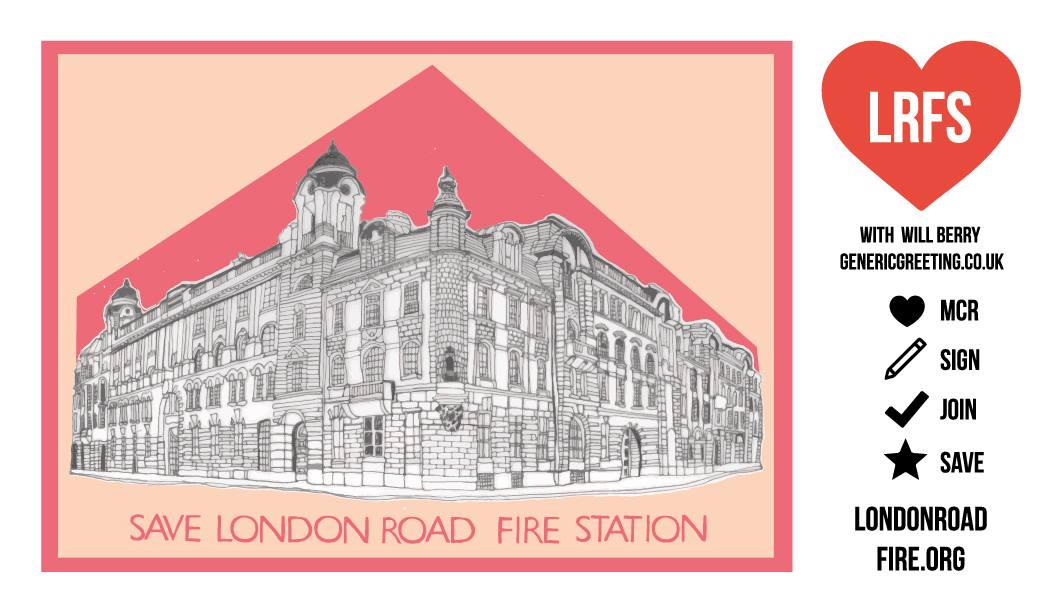 Manchester's London Road Fire Station: Standing Up To The Apathy, Neglect & Abuse by Britannia Hotels for 29 years. Enough is Enough.

This is a petition against greed, inaction, cynicism and destructiveness caused by the Britannia Group in regard to the 'Gateway' to Manchester, the London Road Fire Station. For 29 years the site has stood unused under Britannia Hotels destructive ownership since 1986.

This English Heritage Listed II* decaying icon was placed on the National Historical Buildings At Risk Register in 1998. Standing opposite the main station for Manchester, this historic and exceptional architectural asset should become something iconic to represent this thriving City and its future. Instead its advertises to visitors decay and neglect, the very opposite image Manchester deserves to have.

Manchester must demand better and must overcome this injustice, before this unique National and world wide building of significance is lost forever. Now there is a second chance to CPO this building once and for all. Support this petition and raise your voice for public involvement in this CPO.

A 3 minute LRFS Documentary (YouTube) is in this link here > http://www.youtube.com/watch?v=QzdxCp3bV_k

On 22 December 2014, the second attempt by Manchester City Council to legally acquire London Road Fire Station in a new Compulsory Purchase Order was announced. An important aspect of this case is 'public interest'. Emma Curtin expressed the concerns of the Friends of London Road Fire Station. Our commitment is to showing that citizens are stakeholders in the future of this Iconic building and we seek the best sympathetic reuse. Despite the complex nature of a CPO it is important for Manchester to win this Icon back as it is arguably the last chance to save this building.

In the previous CPO strategy in 2010 and 2011 Britannia made commitments to preserving and bringing this central iconic building back into use in order to avoid a Compulsory Purchase Order in June to November 2011. Those impassioned 'promises' have been shown to be yet again untrue.

In a letter to English Heritage in February 2012: 'Developing the scheme as it stands, would not be sustainable either in the current climate or the foreseeable future'. This is despite the pivotal defence it made for keeping the property being just a few months before relying on its vision and promise for redevelopment the CEO said he would personally fund.

Eric Pickles ruled in December 2012, the full costs of this expensive legal battle of 1.5 million to Britannia, despite none of the promises that the building would be fully developed by 2014 being truthful. To incur these costs for these 'broken promises' in a time of austerity, sets a precedent and a shameful legal legacy for Heritage Abuse and corporate liability for dishonesty, inaction and neglect.

Planning Permission was extended on 19 December 2013 despite no plausible commitment or model for redevelopment. The Friends of London Road Fire Station called this 'Ground Hog' day. Historically they have been granted Planning Permissions for 'a hotel' in 1986, 1993, 2006 and 2010. None have been acted on.

Universally, the media, the local council and many commentators are shocked and disgusted by the appalling situation. Since 1986 there have been three major booms in the Manchester economy, yet the promises for a banal hotel have not been acted upon across these grand economic opportunities where other private organisations could and would have thrived.

The point of this petition is to encourage the public to share and support a new CPO to go ahead and be approved, to save this building and bring it back into use. As a symbol, as a building of opportunity and vision, this company no longer deserves this Grade II* listed building, to neglect, damage and potentially destroy.

This was in fact much more than a fire station. It is a unique building and has been dubbed by some as the 'Finest Fire Station in this Round World' in 1902 (see http://goo.gl/RjlCt). It was originally conceived as a combined fire station, ambulance station, police station, gas-meter testing station, public library and gymnasium, though the last two were omitted to make room for a coroner's court and a bank. The Wikipedia entry on the building has a very clear block-diagram showing how these facilities were arranged. We hope to make enough funds to release a second edition of Bob Bonner's out of print book, named The Finest Fire Station in this Round World, (please see Manchester Evening New Article about the Trust).

Visions for the Future

In a questionnaire given to respondents in a meeting attended by 150 people, the vast majority of respondents believed this building should be more than just some 'banal' hotel.

This building could be iconic and redeveloped with imagination and flare for our city and its visitors. As this award winning dissertation in 2010 by Emma Gander suggests, it could be a multi-purpose space combining private and public functions including an arts centre, museum,restaurant cafe, visitor centre, music venue, retail units, hotel, private flats and offices. http://www.presidentsmedals.com/Entry-12630# If A new CPO is successful at last, the public need involvement to make sure a visionary rather than lacklustre redevelopment occurs.

A comment left already in this petition expresses a sentiment I strongly agree with: "It has come to the point where only the people of Manchester can help this building by spreading the word. The public apathy - yet admiration of this building among Mancunains cannot continue - something has to be done for the good of this building a the city"

Please blog about this appalling situation, Boycott using Britannia Hotels, make widespread knowledge and send via email, facebook and twitter to everyone who cares about English Heritage and historical preservation! This disgusting situation must not continue!

WE MUST OVERCOME THIS TOXIC APATHY TO GAIN A NEW C.P.O.

THE TIME IS FAR OVERDUE FOR THE VISIONARY REDEVELOPMENT OF THIS IMPORTANT HISTORICAL BUILDING!

“Our greatest glory is not in never failing, but in rising up every time we fail." Ralph Waldo Emerson

Friends of London Road Fire Station:
In May 2013 a group of concerned volunteers and professionals have come together to campaign as a Trust for 'The Finest Fire Station in this Round World'.  Please check our website and the press for details and please become a member, Friend, leader or volunteer!
Current Events:
25th July Soup Kitchen "Project Liberation" Manchester live bands including Puppet Rebellion and Freedom of the City and more. Details coming soon. Tickets here
Art, Vision and History Exhibition. 4c (opposite Starbucks) Piccadilly Place, M1 3BN. Art wanted, all vision entries welcome! Do bring history and photos to display.
Articles on History of Destructive Ownership & Legal Fiasco:
Stan Edwards, Honorary Member of the Compulsory Purchase Order was critical about Manchester City Council initiative in the last CPO for not working closely enough with the community to prove Public Interests.  His article suggests new hope is for all parties to learn, to work together, to inspire exceptional use for this building for Manchester citizens and for the Council, to enhance the participation with its citizens. IRRV Valuer Journal May 2013
MP Eric Pickles rejects CPO of building after 26 years of Britannia's long term inaction, destruction and neglect.
English Heritage expresses anger at being a partner with company and realising the plans will not come to fruition anytime soon. Such frustration is mirrored by the council, the public and the incredulity that promises could be made and broken so easily. (Manchester Confidential)
This article expresses how important this landmark is in terms of English Heritage, how unique it is as a building and the need for its preservation.
This article describes how, after 26 years of inaction and neglect and seemingly another broken promise, Manchester City Council faces the legal costs for the CPO.  In this time of austerity and with no action proposed for the 'forseeable' future, this seems especially shocking.
This is a GLOBAL STORY the world is watching! This article displays incredulity in the inaction also in The Financial, a global magazine. This also describes the infamous details of the change of heart after the CPO http://goo.gl/fJbga
In this recent article about the CEO and Britannia's desire to sue a solicitor firm that did not tell Alex Langsam about a tax haven & loophole 'soon enough', the judge said this claim was "highly unsual, if not unprecedented"  especially for "an astute businessman".  Alex Langsam lost his case and his claim for more capital from a tax haven in an Austrian address. Tax Case