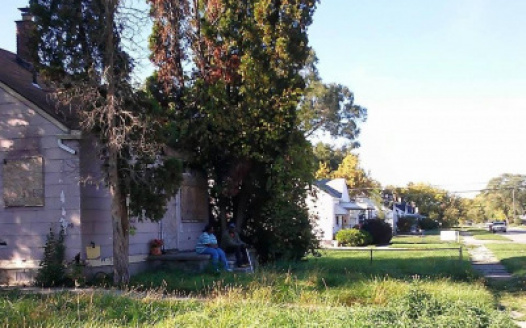 We the undersigned are for keeping the home at 4336 Williams from demolition and to preserve it as a historic landmark. The home of Malcolm X at 4336 Williams Street in Inkster, Michigan is on the city’s demolition list. This house, this very important part of Inkster history and American history, must be preserved. This was not only Malcolm X and his brother Wilfred’s home, it was the first place Malcolm lived right after he was released from prison. So this was his home during a very important and formative time in his life. This is where he lived when he first became a minister, at Temple Number One in Detroit.

Inkster is a vital part of the story of Malcolm X. Malcolm worked as a furniture salesman at the Cut Rate Department Store in Inkster, and he mentions Inkster in a speech on the same day as an attempted assassination on him, when his house in New York was firebombed. That was the last speech he gave outside of New York, before he was assassinated just one week later. So Inkster was one of the first things and final things on his mind from the beginning right up to the end of his life as a minister.

Malcolm’s home in Lansing, Michigan’s capital, is designated a Michigan Historic Site, and the same should be done here. It will be very expensive to restore this house, but I am sure funds can be found from the many organizations who would have a great interest in preserving this important place. In the meantime, the immediate need is to make absolutely sure it is preserved and not demolished. I recommend all of you also talk to the mayor’s office immediately, and do everything you can to prevent the demolition of this revered place in our shared history, and world history. Please share your views on this matter with the following city officials/ entities: