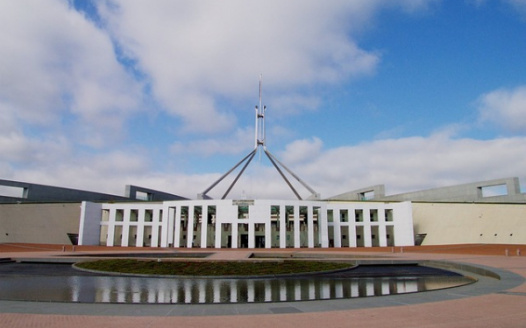 We, citizens of Australia, appalled by the act of treachery in bringing down Prime Minister Tony Abbott who had led the coalition to victory in 2013, are now concerned by the serious problems facing the country and the continuing inability of the Turnbull government to provide solutions which would be obvious if the government were to apply the principles of the Liberal Party as expounded by its founder, Sir Robert Gordon Menzies.

As a consequence, the government has been unable to rally the country and is perceived to be ineffectual, except in those areas locked in by Tony Abbott and in particular in securing the borders.

We fear that the Turnbull government is inadvertently preparing the path for a Shorten government which will in many respects and especially in relation to energy policy and taxation, be even worse.

We therefore call on all Liberal Party Members of Parliament and Senators to do their duty to the nation and to posterity and demand that the Prime Minister, Malcolm Turnbull, apply to himself the test he applied with such vigour to Tony Abbott — losing thirty Newspolls [i] — and immediately resign, advising His Excellency the Governor-General to call on the member for Warringah, the Hon. Tony Abbott, to form the new government.

We further call on all National Party Members of Parliament and Senators also to do their duty to the nation and to posterity and, drawing on the precedent established by their great leader Sir John McEwan, they give notice to the Prime Minister Malcolm Turnbull that they will no longer serve under him and that they will only remain in the Coalition were it to be under the leadership of the Member for Warringah, the Hon. Tony Abbott.

We make this call not so much to save the Coalition Government but rather to save the nation from a government which Is failing the Australian people but which is opening the path to the transition to an even worse government under Bill Shorten.

We believe that it is self-evident that Tony Abbott would be the best leader of the new government for the reason that he communicates superbly with the rank and file, including traditional blue-collar Labor voters, that he has demonstrated that he is the Coalition’s and indeed the Parliament’s best campaigner and that the policy he is enunciating reflects the overwhelming wishes of the people.

Those policies include the following:

In furtherance of our call, we call upon the citizens of Australia who share these concerns to so inform their Members of Parliament and Senators.

And we further invite those citizens of Australia to join us in signing this Petition.

[i] ‘’The one thing that is clear about our current situation is the trajectory. We have lost 30 Newspolls in a row. It is clear that the people have made up their mind about Mr Abbott’s leadership.’’ - Malcolm Turnbull (15 Sep. 2015)