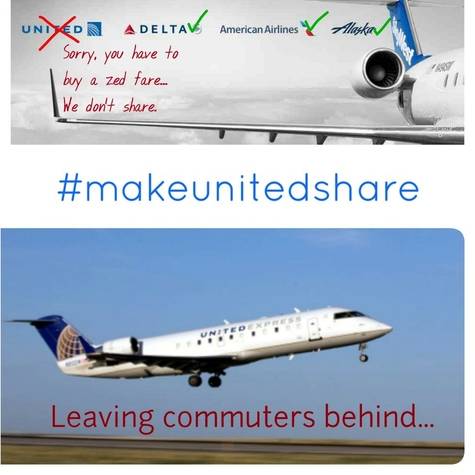 Time for UNITED to honor jumpseat agreements on United Express

United Express flights operated by Skywest have not allowed any flight attendants from any airlines to actually jumpseat on their aircraft for about 6-7 years now. So far, NOTHING has been done to rectify this inequity, while hundreds if not thousands of commuters drive their cars long distances to base and back home, or find alternate routes with multiple legs on other airlines.

United is benefiting from lower fuel costs with empty seats on many of these SkyWest flights, while every other US carrier continues to shuttle United and Skywest employees to their base cities and home, paying for the additional fuel - completely FREE of CHARGE to the jumpseaters.

Again, NONE of our airlines, or unions, have done anything to try and rectify this failure of reciprocity. RECIPROCAL means that you share equally. This is clearly an uneven arrangement, which should be fixed - and quickly.

1) How is this reciprocal?
2) If three or four airlines requested that UA align these jumpseat agreements to meet their reciprocity requirements within 30 days, or face suspended existing jumpseat agreements for all UA and OO pilots and flight attendants, wouldn't that fix the problem most expeditiously? I'd estimate it would be fixed in less than 14 days.
3) When will our airlines and unions stand up and make this happen?

Let's gather tons of signatures, then present them to our company and union leadership, so that no one has to PAY to jumpseat to or from work!


**WE NEED AT LEAST ONE CONTACT AT EACH AIRLINE and UNION in the U.S. industry! If you are interested in becoming a contact person at your airline or union, PLEASE send an email to: makeunitedshare@gmail.com