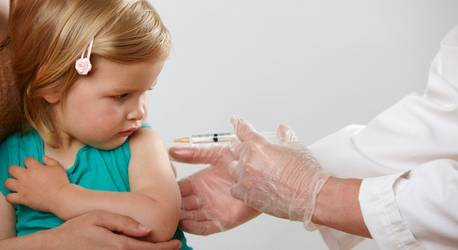 MAKE VACCINES COMPULSORY TO SAVE MILLIONS OF LIVES

Most of us have heard the stories about the horrors of disease, especially in third world countries. But what if there was a way to stop the most harmful of these diseases? Would you take the way out of the pain? If all you had to do was have a few simple injections?

The majority of us would say YES, OF COURSE! Why wouldn’t we do anything we could to stop some of the suffering and loss in the world? What am I talking about exactly? VACCINATIONS! There is scientific proof that vaccinations work against defending diseases, and I believe they should become compulsory for EVERYONE! If you agree, sign your name and read below for more information! If you don’t agree, feel free to keep reading anyway and maybe you will see why you’re wrong.

This is quite a long text, so read what seems most important to you!

Vaccinations are weaker copies of dangerous germs and bacteria that can cause infection. They are injected into your body, and your white blood cells (called Macrophages) destroy most of them. However, the macrophages leave behind small parts of the infection called antigens. Another type of white blood cells, called antibodies, work out how to attack and kill these antigens after identifying them as dangerous. Another white blood cell called a T-Lymphocyte, stores the memory of what the infection was and how to destroy it. When you contract the infection you were vaccinated against, your body will remember how to fight and quickly destroy it, ensuring you won’t get sick. You generally need more than one dose of the vaccination to remind your body about how to fight the bacteria.

SO WHY ARE PEOPLE CHOOSING NOT TO VACCINATE?

This is generally because of the lies spread by anti-vaccinators, and a certain TERRIBLE PERSON called Dr Wakefield. You may have heard of this ‘Doctor’ when he had a rise to fame due to a FALSE report he published in 1998 that linked autism to the MMR (Measles, Mumps, Rubella) vaccine. Scientists did everything they could to reproduce the same results as Dr Wakefield, but after studying more than 5 cases involving 1.25 million children, they discovered that Dr Wakefield had lied about his results. How did he do this? Well he studied children that ALREADY had autism BEFORE he vaccinated them. He was a pretty shady guy- he was paid thousands of dollars by the UK Legal Aid Fund in secret to lie about his results and sue the MMR vaccine manufacturer. Not only that, he used to pay children for secret blood samples at his son’s birthday party! In May 2010, Dr Wakefield was stripped of his medical license and his report was discredited.

But unfortunately, the damage had already been done. Celebrities had unknowingly helped spread the word that vaccines cause autism, and vaccination rates around the globe were dropping at a scarily fast pace. Of course, this then meant that the diseases measles, mumps and rubella started to spread and cause serious illness and death. This new global distrust of vaccinations gave the anti-vaccine campaigners a golden chance to spread more lies about vaccines. They claimed that vaccinations contained aborted foetal tissue! Ridiculous, I know. So many people still don’t know that the report is false, which is why I am trying to help people understand.

SO WHY ARE AUTISM CASES INCREASING?

It’s true, the amount of people recorded with Autism is rising. However THIS IS NOT DUE TO VACCINATIONS! I REPEAT, NOTHING AT ALL, AT ALL TO DO WITH VACCINATIONS! No one is quite sure why autism cases are rising, but scientists have suggested a few reasons. First, the population is increasing very quickly and by a large amount every day. Obviously, that means that there are more people around to develop autism, so it is just happening naturally. Second, it might not just be that autism cases are increasing. It could be because now more people actually know what autism is and so people are more easily diagnosed. In the past, autism wasn’t a commonly known issue and so many people went unvaccinated.

BUT HOW DOES NOT VACCINATING AFFECT ANYONE ELSE APART FROM ME?

Oh boy, I’ve heard that one a few times. Have you ever heard of ‘herd immunity’? Probably not, but that’s why I’m here! For diseases to spread, they need people to infect (obviously). They can spread to everyone, except vaccinated people. If a high enough amount of people in a community get vaccinated against a certain disease, then how will it spread? It can’t. There is little to no opportunity for an outbreak. This is called herd immunity. It stops diseases from spreading, and protects people whose immune systems are too weak for vaccinations like infants, pregnant women or people with immune diseases.

Yet, even though anti-vaxxers are refusing to vaccinate (IDIOTS), they are benefitting from herd immunity too! They are getting protection from these diseases, yet they won’t help protect anyone else. They think (and tell people) that their stupid choices of ignoring scientists, going organic and not vaccinating are why their child is healthy. Actually, idiots, it’s because of ME and people like me who vaccinate and provide herd immunity! Selfish? I think so.

Imagine you don’t get vaccinated (silly you) and you contract measles. As someone with a healthy immune system, your body is doing it’s best to fight the disease but you still feel pretty sick. So you go to the doctors to get a check up, and someone else is there getting a check up too! It’s a 15 day old baby girl and her mother. You cough, you sneeze, you cough, you sneeze. Microscopic water droplets from your mouth and nose fly into the air. The baby girl breathes in that air. Now, there are three options for her.

The most unlikely option is that she will fight off the disease and recover completely. Due to her very young age, her immune system will probably fail to do this.

The second option is that she may recover, but when she gets to around 9 years of age she will begin to develop learning and functioning disabilities. She will experience memory loss, start having seizures, go blind, struggle to walk and experience painful brain swelling. After 6 months, she will very likely die.

The final, and most likely option is that she will die in the next month. Her tiny body won’t be able to cope with the high fevers and coughs that come with this disease.

Look what you have done. You have killed an innocent child, just because you refuse to listen to the thousands of doctors that recommend vaccinations! Yet you still listen to them when you want hospital treatment and medicine.

If you choose not to vaccinate yourself and your children, you are ignoring advice from doctors and scientists. Since you believe they are wrong, I believe you shouldn’t get ANY of the benefits they provide. This means no medicine and no hospital care for you!

WHAT HAPPENS WHEN PEOPLE STOP VACCINATING?

When vaccination rates drop, deadly disease are given ample opportunity to rise again. Diseases like measles, polio, pertussis, diphtheria, H influenza, Hepatitis A, mumps, rubella, small pox and tetanus were nearly completely wiped out in the US because of vaccinations. Fortunately, a few of these deadly illnesses have not risen from the dead yet. However, because a lot of people have stopped vaccinating, a LOT of these of making a comeback. Polio effects millions in Asia, measles is spreading in the US, and the number of cases of death from rubella is steadily rising.

In 1975, the Japanese government banned a pertussis (whooping cough) vaccine and vaccination rates dropped from 80% to 10%. The amount of pertussis cases went from 393 to 13,000 with 41 deaths in just 4 years! Then they re-introduced the vaccine and 13 years later, only 130 cases were recorded. Though they did the right thing by re-introducing the vaccine, those four years without it let pertussis spread around the globe.

People in third world countries are at such a high risk for contracting dangerous diseases and they would do ANYTHING to get vaccinated. In some places, vaccinations are banned because they are considered ‘western technology’, and people get murdered trying to give and receive them! People who live in developed places like America, Australia, and Europe are forgetting about the horror of diseases and are abusing their right to choose to get vaccinated. People are not appreciating that they have the option to protect themselves, and it is simply ungrateful and unappreciative.

Okay, that’s all for now! If you have read all the way through this, well done. I know it was a lot to take in. I implore you, please, please for the sake of the health of EVERYONE, please sign this petition to make vaccines compulsory. I will be submitting this petition wherever I can (the government ect) to try and get this hope to become reality. I look forward to being a part of a movement to save lives with you all!