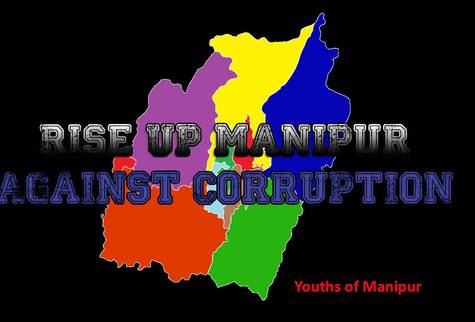 Youths of Manipur 0 Comments
19 people have signed. Add your voice!
2%

Some questions to Chief Minister of Manipur, MLAs of Manipur and Politicians of Manipur...

1) GoI have initiated numerous Infrastructure developments in Manipur but does it sustain in a long run. We see many Government funded Micro and State level Industries in Manipur but it becomes a jokes and failed institutions. Where has all the money gone and for whose benefit?.

2. Manipur is a mini ethic states as compare to India diverse ethnicity and with the drop of head tensions among the various communities living in Manipur can be created. But do we ever see the lawmakers of Manipur trying to pacify the warring community beforehand. Manipur Government always wait for the GOI to take notice of the situations. Is Manipur Lawmakers incapable of handling the small issue that the state is facing or does the Manipur Lawmakers wants to tag Manipur as disturbed area so that extra Grants and Funds can be added in the state budget. The tensions and turmoils in Manipur, we would say is an artificial problems created by our redundant leaders. Since Manipur merger into India we have heard and seen many communal riots, protest, blockage and bandh but do the communities living together in the same umbrella split apart?.No,we only suffer for sometime but our love and understanding among different communities goes for a toss and the gap of understanding between us widen.

3. Manipur has lots of jobless intellectuals and potential citizen but why do we always have to wait for GoI Grants and Funds for development. Why can't the Government of Manipur give more importance to entrepreneurship?.Are we still waiting for the money granted for the Development of Manipur to be again channelize into some corrupt officials and politicians coffers?. Why do we think that Govt Jobs in Manipur is a MONEY MINTING Jobs?.Why do we have to pay money for Government Jobs in Manipur? It becomes an insult to the remaining few honest Govt employees of Manipur. Why there is no mechanism to support those few honest CIVIL SERVANT? Instead of waiting them to become puppets to their master in the future.

4. Every year Manipur has a huge deficits, how many times have the Center help and sent funds to Manipur?,the financial transactions and the expenditure audits are always kept in the dark and will never bear the fruits of its investment, its like the infamous 'PONZI SCHEMES'. Since Manipur annexation to India in 1949 what has Manipur Government made proud of India except the fine Athletics, Sportsmen, Musicians, Arts and cultures. These are all hard work and determination at individual levels not because of Government Of Manipur.

5. Have we seen corrupt government officials and politicians both from the Tribal and Meitei being convicted of their offence or does the citizen of India have the perceptions that Manipur is corruption free state?. No,Corruption is rampant and open in Manipur and not a single corrupted person have been convicted so far. We have heard CBI and ED raiding various corrupt Government officials and politicians all over India for their disproportionate assets and are convicted for their crime but not a single case in Manipur. This is the real step-motherly treatment meted out to the people of Manipur. Development can only happen when corruption is wipe out from Manipur. This is not an incompetent Government of Manipur but its a crime committed to the people of Manipur.

6. All this time GoI has been sending funds for Tribal upliftment in Manipur but have the GoM really shown what they have been doing with all the money. In simple term this is how its goin on,Tribal MLA will tell their Tribal people that communal Government of Manipur have not released the Tribal fund and the Manipur Government will tell the people that the Tribal fund is with the Tribal MLA. Who is stealing and openly fooling the people of Manipur and why do they keep on passing the bucks?.Who is creating mistrust among the different communities in Manipur? Why the Tribal and Meitei social organisations in Manipur are not interested in investigating the misused of public money? Are they also trying to follow the same footsteps as their masters in the future.

7. Look East Policy and Smart city vision is worthy of praise but if corruption is rampant in Manipur who in the right thinking mind of Manipur people will trust the GoM? Who is going to benefit from all this visionary approach. Tribal Funds sanctioned by the Center is more than enough to uplift the underprivileged people of Manipur if its use in the right direction without looting by the corrupt officials and politicians. Why there is so much of hatred among the Tribal and Meitei community? Who is fueling all this disharmony?. Who will allow development plans in Tribal area if the same corrupt representatives is in cahoot with the Government. Who will trust a corrupt Government whose only agenda is buying private properties and building palatial house all over India with the Money meant for the people of Manipur?. Why the RTI in Manipur is not functioning in accordance with the Law?,Who is stopping them to give out information sought by the people of Manipur?. What is the use of RTI in Manipur? What is the meaning of giving salary to the RTI officials if they are sitting idle? Do they even know the meaning of RTI and its duties when they were recruited?

8. Why should the Income taxpayers of Manipur pay for the corrupt officials and politicians coffers? Isn't the Citizens of Manipur contributing indirectly to the corruptions in Manipur? Why should we go for work 6 days a week,spend 8 hrs in a day? And pay Income Tax every financial years just to see our MONEY being looted away by CORRUPT POLITICIAN and GOVT OFFICIAL of Manipur. Our understanding of paying Income Tax is for the economic growths and Infrastructures Developments and upliftment for the underprivileged in INDIA. But not to help corruptions rise in Manipur and fuel ethnic disharmony.

9. Why do we have so many new Underground revolutionary mushrooming in Manipur? Why is the lawmakers of Manipur turning blind eyes towards the menace the citizen of Manipur are facing? Why doesn't the lawmakers give them a chance to speak through mutual understanding? Or does the Manipur Government wants to recruits and reinforce more armed force personnel and wait for more funds to be sanctioned since the Special Status for Manipur has been removed by the Center. Manipur people are chocking with the ever increasing armed force personnel and the corrupt officials bank balance are always on the rise by recruiting through bribes and corruptions. Aren't Politician and Government official falls under the ambit of CCS (CCA) Rule 2(h)?. Why is the Government of Manipur using the power of weapons to subjugate citizens Rights? Whereas they should be performing their duty as PUBLIC SERVANT. Yes PUBLIC SERVANT not PUBLIC NUISANCE. We do not want to see the people of Manipur fighting and killing each other because of individual disagreements and incapacitated Manipur Government.

Therefore, We would like to request the Government of Manipur to take necessary actions to make our state a corruption free state, as we have listed that the root cause of every problems in Manipur is this CORRUPTION.