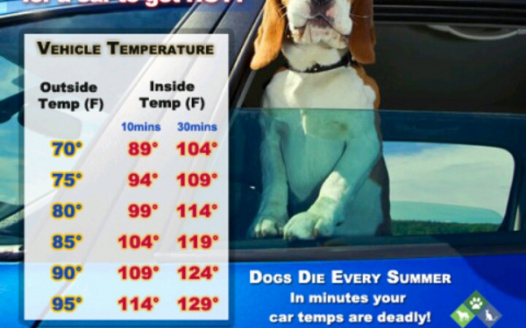 Make it legal in Michigan to break open car windows(when hot) to save animals left locked in.

In only FIVE states in the United States of America, we have laws stating that if you see an animal(mainly dogs) locked inside of an idle car on a hot day, you call 911 and you can legally break the windows to get the dog out of the vehicle. Only FIVE STATES. Michigan is NOT one of those states that has this law. If you believe we need to change the law for Michigan to have that law, sign this petition and pass it around! The animals don't have a voice, WE DO.

If enough signatures are gathered, we plan to send this petition to the Michigan State Capital in Lansing and try to make it a new law. Thank you to anyone who lends their support for this cause.