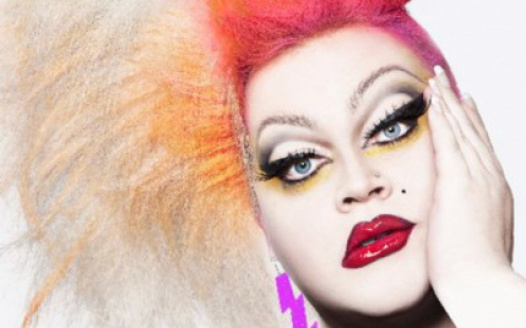 Disney has talked the talk, but it’s time for Mickey and Co. to sissy that walk

Ever since the film's existence was reported in 2016, Disney fans have been eagerly anticipating casting news regarding the studio's live-action remake of The Little Mermaid. It’s been reported that both Hamilton creator Lin-Manuel Miranda and Alan Menken -- who composed the score for the 1989 animated classic -- are involved, but rumors have swirled around who will take on the titular role.

The latest actress to be caught up in the buzz is Zendaya, an inspired choice. Not only is the actress a talented singer and dancer (she was runner up on Dancing With the Stars), but her casting would mark another positive step toward diversity and inclusivity in Disney films (and blockbuster films in general) as the biracial star would be tackling a character traditionally portrayed as white.


Yet there’s another role whose casting will make or break the film: Ursula. Embraced by critics as one of Disney’s best villains since her 1989 debut, the sea witch strikes the perfect balance of funny and frightening. Her diabolical anthem, “Poor Unfortunate Souls,” is a standout in Disney’s ever-expanding catalog, and it's been covered by everyone from the Jonas Brothers to goth band Pretty Addicted.

It’s widely known that Ursula’s appearance was inspired by the drag legend Divine. Best known as John Waters’ go-to leading lady in films like Hairspray and Pink Flamingos, Divine -- real name: Glenn Milstead -- inspired the sea witch’s overdrawn eye makeup and bulbous body. Though Milstead passed away before seeing the character, Jeffrey Schwarz, the documentarian who chronicled Milstead’s life in the 2013 film I Am Divine, believes the drag queen would have loved the villain: “He would have wanted to play the part himself.”


So, in 2018, why not cast an actual drag queen in the role? Not only would the move honor the violet-hued villain's queer origin, it would also be a welcome step for the House of Mouse when it comes to LGBTQ inclusion: While the company rolled out rainbow-striped mouse ears just in time to cash in on Pride month, it received a “poor” rating from GLAAD’s annual Vito Russo Test, which studies the presence and portrayals of LGBTQ characters in film. In fact, of all the studios tracked by GLAAD, Walt Disney Studios has the weakest history when it comes to LGBTQ-inclusive films. Disney has talked the talk, but it’s time for Mickey and Co. to sissy that walk.

And we know the perfect queen for the job: Joshua Eads, better known as Ginger Minj.

Minj gained global fans after making it to the top three on RuPaul’s Drag Race’s seventh season in 2015. Throughout her time on the series, she showcased her wit through snappy one-liners and talking-head interviews, practically carrying the notoriously stale season. She even won a Divine-theme acting challenge -- guest-judged by Waters himself -- where she recreated the role of egg-obsessed Edie from Pink Flamingos

Since her Drag Race debut, Minj has managed to stay in the spotlight. She already has a number of acting credits under her wig and snagged a sizable role alongside Jennifer Aniston in the upcoming music-driven indie comedy Dumplin’.

Minj also has the classic belting voice and theatrical flair required for the role. Not only has she wowed crowds with her take on “Poor Unfortunate Souls” at shows, but her commanding rendition of the La Cage Aux Folles anthem “I Am Who I Am” at the VH1's Trailblazer Honors in 2016 practically serves as an audition for the role.

Drag queens are known for their raunchy humor, but Minj has what it takes to thrive in a family-friendly project. The queen won over 8-year-old drag sensation Lactatia, who called Minj her favorite Drag Race queen. That led to Minj giving Lactatia a stunning drag makeover at New York's DragCon last year. During the transformation, Minj kept her banter with the pint-sized queen PG, but she still enthralled a mostly-adult audience, demonstrating her ability to deliver comedy that entertains both children and grown-ups alike -- a tricky balance that the best Disney movies nail.

Casting a queen in a Disney production would be a major feat for the world of drag, but it’s not entirely a pipe dream. Within the past year, we’ve seen both The Voice and American Idol embrace drag contestants to acclaim. RuPaul’s Drag Race earned 12 Emmy nominations this year, and alums from the show are everywhere. Violet Chachki and Milk are storming the fashion world; Bob the Drag Queen filmed a a comedy special that's available on Amazon. Trixie Mattel saw her folk album One Stone debut at No. 1 on the Heatseekers Chart, winning over fans like Kacey Musgraves in the process. And Alyssa Edwards is about to be everyone’s Netflix binge obsession with her upcoming docuseries, Dancing Queen.

Drag queens have effectively infiltrated every sector of pop culture. There is no reason a blockbuster film should be off limits.