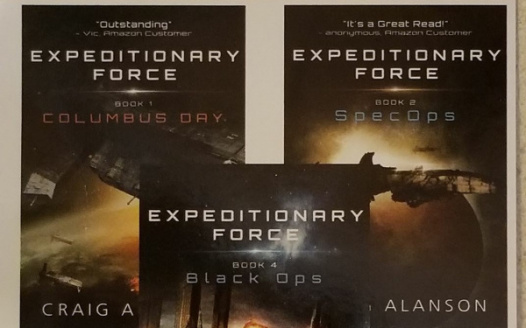 508 people have signed this petition. Add your name now!

Expeditionary Force is an all new riveting, Military / Science Fiction series by the self published and extremely talented writer Craig Alanson. With a huge fan following in such an early stage of development and with many more books to come this is a fan base that is sure to explode as the series continues. Join us to get the recognition this amazing series deserves. Let's make Expeditionary Force a TV Series that will dominate the airwaves and bring back the Military / Sci-Fi genre into the spotlight where it belongs.