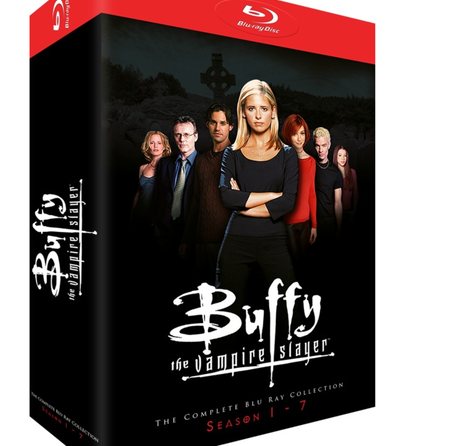 Buffy absolutely can be remastered in HD, the problem is that it is not being done correctly or with any care. Fox Studios seems to be doing it with the least amount of effort and money showing that they don't really care about the final product. One of the main problems is trying to re-frame the show into 16:9 widescreen which is very tricky. It should be left in its original 4:3 ratio on Blu-ray to respect the filmmakers' wishes. An alternate 16:9 version would be fine as a second option if it's done very carefully (avoiding cropping). Also the colours and brightness are all off and the special effects are either up-scaled for most, or redone completely for others but they no longer match the original effects and look different, most specifically the vampire dustings. If Fox spent the money to do this right like CBS/Paramount did with Star Trek: TOS and Star Trek: TNG and Fox did with the perfect The X-Files Blu-Ray then Buffy would look amazing in HD. The problem is just bad decision making and poor effort, Joss Whedon himself needs to find a way to take charge of this project and redo it all from scratch so that it can be kept to the original filmmakers vision.

We as fans deserve the best from a TV Show as beloved as this. There is more of a market and more fans than ever anxious to buy this on Blu-Ray. It can be done so please make our dream come true.