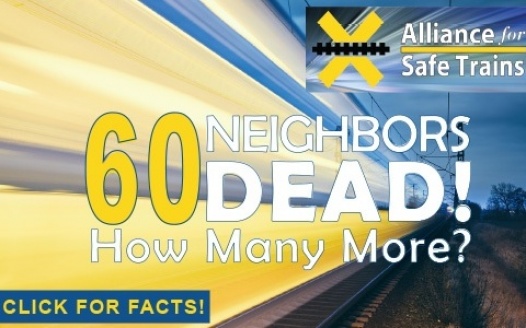 Over 60 people have lost their lives on the Brightline tracks in 3 short operating years! It's the deadliest train in the nation and Phase 2 is scheduled to be complete in 2023. Previously called All Aboard Florida, the voters have never had a say in its route, speeds or safety systems.

We the undersigned respectfully ask Governor DeSantis to direct his Secretary of Transportation, Jared Purdue, to make Brightline Safety a priority for his department and include the following steps:

Governor DeSantis, you have shown your concern for the residents and businesses of Florida in your policies from healthcare to education, now it's time to save lives and Make Brightline Safe! Secretary Perdue and FDOT must recognize the impending doom Treasure and Space Coast residents face and help secure a safe future for all of the people of Florida.

The Voters of Florida and the Alliance for Safe Trains