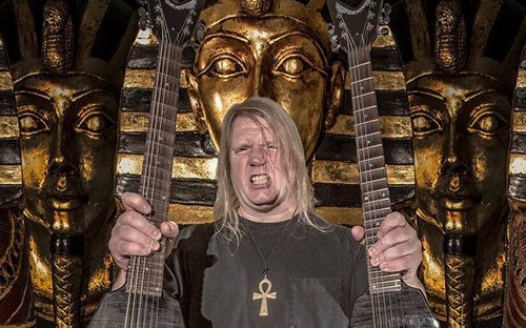 Karl Sanders, guitarist and founder of the legendary death metal band Nile, deserves a signature guitar with a name befitting the legacy of this extraordinary band. His current Dean signature model is an amazing, V shaped guitar that is being called "The Black V." If you're a Nile maniac like me, you know that the most appropriate and obvious choice for a name would be "BLACK V OF VENGEANCE" which is a play on the title of Nile's ground breaking 2000 album "Black Seeds of Vengeance." Let's make this happen. Let's make Black V of Vengeance the official name of this signature guitar.