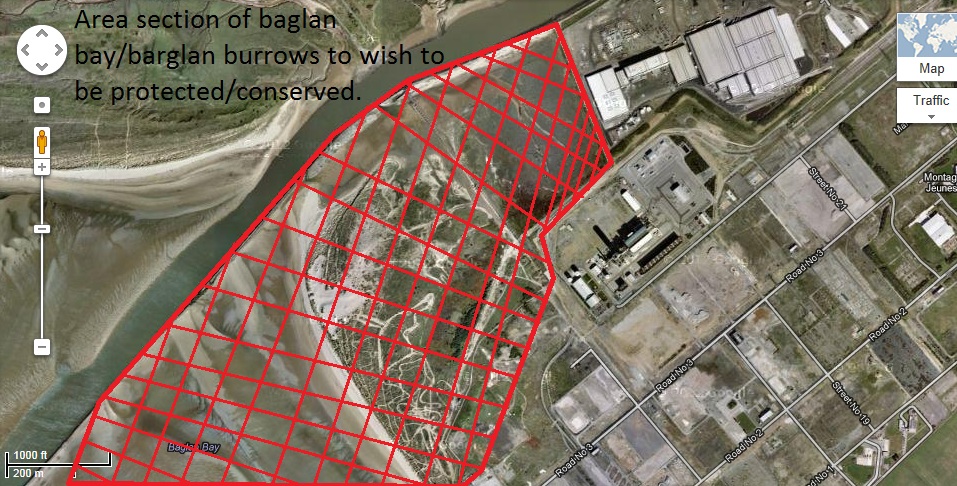 Hello!
i am making this petition in regards to making baglan bay/baglan burrows/ witford point as known into a protected sight.
after doing some reserch and sent out a few emails i had an email off the CCW countryside council for wales, saying that the swansea side of Neath River which is called Crymlin Burrows is already protected which is the Sight of scientific interest (SSSI) and it is a Sight of Importence. so it got me thinking, why cant the Port Talbot side of the Neath River be the same, the Neath Port Talbot Council is thinking it but nothing is getting done, so thats why i would be more than greatful if you signed this petition its nice to give the public back its nature area for wildlife and plants.
Baglan bay (aberavon sanddunes)is teaming full of plants and wildlife and the majority of this wildlife is under the protected species act and also bot only we get the occasionally rare bird the osprey but we do have a number of butterflies and moths too which come under the protected species act. its also got a coastal path which is good as well and also goes all the way through to Brunell dock where there have loads of wildlife there such as the rabbits, foxes, ferrets, pole cats, mink, moles and even some nice species of the Reptilia  families. so please im trying to get this place as a protected area or nature reserve and it would be nice if you just signed this petition and told your friends about it too so we can make our beach not just a place for sunbathing, parties and dog walking but a place where you can relax and just get in touch with the nature side of you and have your 5 minutes of peace and tranquillity for that second, just spending time with the wildlife and birds and plants there. so please do this and im hoping if i can get things started off and if there is any money in this then its going to be donated to the wildlife charities across the UK.
here is an image of the area which would be nice to be protected.
and the is the map OS referencce if you would like to look it up on the map.
OS Reference: SS725925