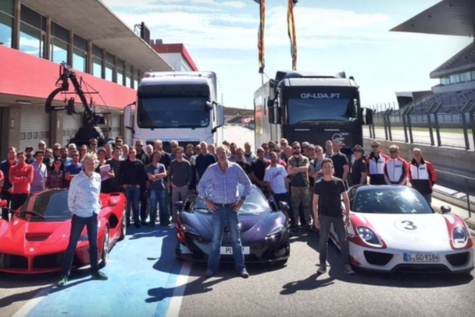 Millions of Top Gear fans around the world are extremely excited about Jeremy Clarkson's and Amazon's successor to the legendary Top Gear. However, Amazon Video is currently only available in the US, UK, Japan Germany and Austria. This means that the new show will be unavailable for viewing in most of the world.

While it is possible that Amazon will licence the show to local stations, this has many downsides - as it did for the original Top Gear, which was best enjoyed on the BBC - such as being edited to adjust the runtime and replacing the soundtrack to keep licensing cost down.

This is a petition to ask Amazon to prepare worldwide streaming before the release of the new show, so that fans worldwide can subscribe to Amazon Video and enjoy the show (legally, and in full 4K fidelity and with unaltered content) straight from the source - Amazon Video.