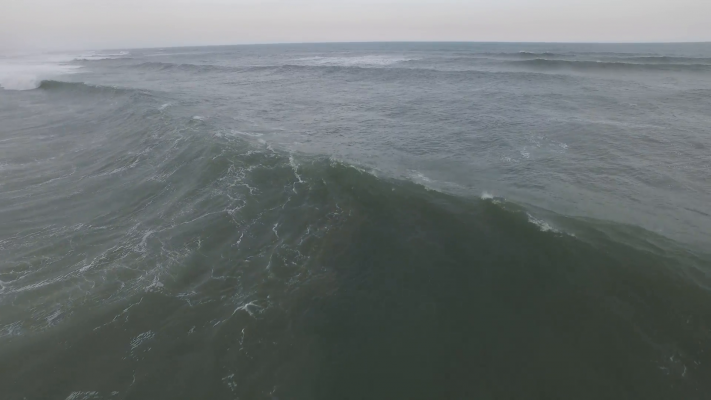 Make a save and Stop the wave!

Tsunamis don't happen often, but when they do, they cause an immense amount of damage. This damage ends up affecting the people who are in the area making them lose their homes. It's a small issue not many notice, so support the petition to spread the word!

Tsunamis aren’t created for no reason, events lead up to a tsunami such as an earthquake. The science behind a tsunami is all about their speed and the water depth. When tsunamis begin losing speed, its height begins to increase and this is known as the shoaling effect. The shoaling effect is the reason why tsunamis are unnoticeable until it reaches near the coast and a equation can be used to represent the growth of the tsunami. Tsunamis move outward at a fast rate, but will begin to slow down when approaching near land. To sum up, tsunamis are determined by the ocean floor structure. The ocean floor structure influences the speed, the amplitude, and the depth of the water.

Tsunamis have appeared throughout history, coming in all sorts of shape and sizes. Some of those tsunamis are even considered one of the most dangerous tsunamis. The tsunami of 2004, struck on the west coast of Sumatra, Indonesia causing damage that costed up to 19.6 USD. It was caused through a 9.1 to 9.3 magnitude earthquake. Not only that, but an estimated casualties of 250,000 happened because of the tsunami. The tsunami contained an enormous amount of force and water, that it nearly destroyed the entire village. People tried to get to safe areas to avoid getting engulfed by the tsunami.

When a tsunami is beginning to come towards people’s way, they tend to get to high grounds or far away from the tsunami. There are multiple ways to survive a tsunami. One important thing to keep in mind is that whether or not you live in an area that can be struck by a tsunami. If you don’t have information about your area, then you could possibly be in danger, it’s best to know in advance. There are currently sirens and alarms that are announced to the public that there is an incoming tsunami heading their way. Keep in mind, that when a tsunami approaches land, it begins to slow down, but grow in size, which can be dangerous.

Sirens and alarms have been used for many years, but our technology can advance further to help create a better system for everyone else. In fact, there are advance technology used to track and calculate tsunamis.Tide gauges are used to measure the height of the sea-surface and tide levels. An acoustic sensor has a vertical tube that is open at the end, in the water. The acoustic sensor creates a sound pulse that travels through the tube to the water, and is then reflected back. The distance to the water can then be calculated using the travel time of the pulse. It would get suspicious if the tide levels were significantly different. It’s not only a device that’s used, but there’s also an operating system. A station known as the DART System, developed in the Pacific Ocean that gives vital information on tsunamis while they are still far off shore. Each station uses a sea-bed bottom pressure recorder which identifies the passage of a tsunami. The data is then transmitted to a surface buoy via sonar. The surface buoy then radios the information to the Pacific Tsunami Warning Center via satellite. The issue is that tsunamis travel at a fast rate that it’s difficult to track the passage of the tsunami.

Despite of the technology being used to warn citizens of the tsunami, their homes are still getting destroyed, being transformed into trash. Let's make a change for them. Spread the word and create fundraisers all around the world to support those affected. Make a save and stop the wave!