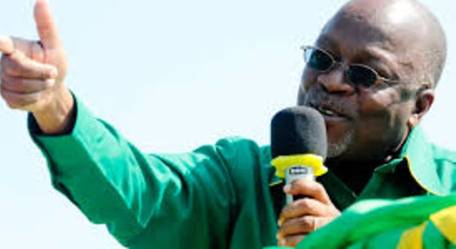 ​MAGUFULI SHOULD COME TO UGANDA

MAGUFULI SHOULD COME TO UGANDA

We appreciate the newly elected Tanzanian president and his mode of work. In 1986, our own Magufuli almost did the same as you are doing. At that time, the level of patriotism was very high.

His mode of leadership has made almost every Ugandan on social media think the Magufuli way using a popular HashTag; #WhatMagufuliWouldDo?

We have heard that you made a surprise visit to Muhimbili national hospital to check on the state of service delivery there. We hear shoulders moved because you were displeased with what you saw, and that, since then, things are changing in that hospital.

We also have heard that, in a bid to boost government coffers, you have passed a ban on public servants’ foreign travels. That ordered that all tasks that necessitated government officials to travel abroad would now be done by the country’s high commissioners and ambassadors abroad.

As Uganda president, Our president has attended three presidential handover ceremonies in your country. From Ali Hassan Mwinyi to Benjamin Mkapa, Mkapa to Jakaya Kikwete, and recently from Kikwete to Magufuli.

Considering what the stories from Tanzania make Ugandans feel you should come and visit Uganda and teach us how to select. You know that it is election time in Uganda; and we would also want to get our own Magufuli.

Raisi Magufuli, your actions are harmful propaganda for us especially at his critical time that we demand that you come to Uganda and you offer a lecture to us on how to find our own Magufuli.