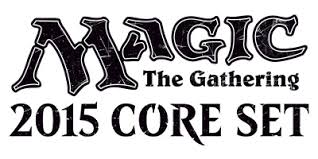 Two headed giant was taken out in the new version of Magic (DOTP 2015), that was the main reason people played DOTP in the first place. The combos, the teamwork: it's a core aspect introduced in the latest DOTP versions and they just decide to take it away? Like they just 'decide' that playstation won't have it this year? So they give us what we've always wanted to see, but take out what we've always loved in return? I love DOTP, and their yearly games are something I always look forward to, but this 'no 2hg and just 4v4 (which I don't think anyone really likes that much)' feel like a epic slap in the face. Why take out the best, most strategic part of a STRATEGY game? I really, honestly hope this is just a demo build or something cause that would just be absolutely ridiculous on their part. Losing the fanbase of playstation is going to hit them hard but taking out 2hg will alienate a whole Hell of a lot more...
I created this petition to bring back our beloved 2HG, if you agree with me, let it be known!