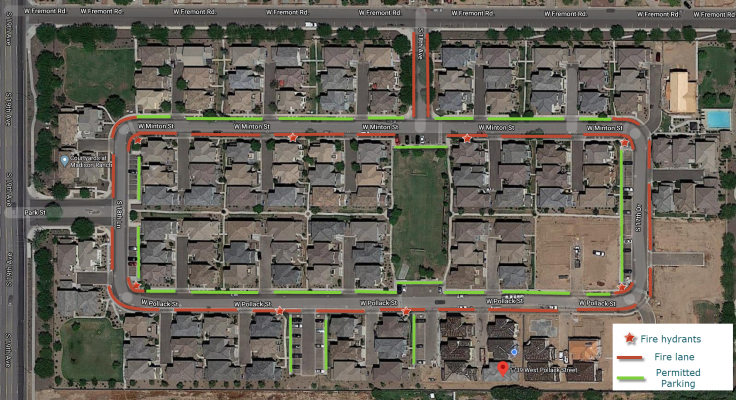 The developer has yet to release the HOA to the control of the homeowners. This petition, while not an official vote, is designed to afford the homeowners the opportunity to collectively express support for a change and to exert pressure on the HOA to seek the improvements homeowners are asking for.

The HOA CC&Rs do not allow for on-street parking, requiring all residents and guests to park in attached garages or designated open parking spots. There are 149 houses in this development with 100 open spaces. No house has more than a two-car garage, yet multiple homes have more than two vehicles.

There simply must be additional temporary parking given to residents and guests while also protecting the neighborhood from unsafe and hazardous conditions.