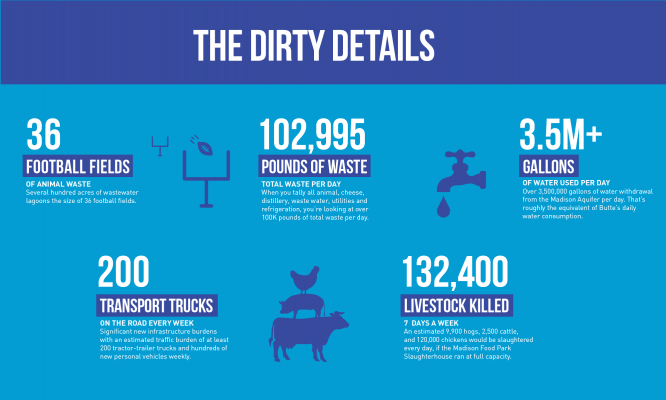 Protect the Falls 0 Comments
905 signers. Almost there! Add your voice!
91%

On March 3, 2020 the City of Great Falls unanimously approved a resolution asking the Governor to order a coordinated "Environmental Impact Study" (EIS) of the impacts likely to arise from the proposed Madison Food Park Slaughterhouse.

The City of Great Falls' Resolution notes, among other things, that the proposed Madison Food Park (MFP) Slaughterhouse is an industrial-scale facility unlike anything previously seen in Montana and is likely to incite significant direct, indirect, and cumulative effects on the region, including but not limited to:

For these and other similar reasons City decision-makers seek Governor Gianforte and expert state agencies' assistance in qualifying and quantifying the likely effects of the MFP Slaughterhouse Proposal before any commitments or authorizations are made allowing the Project to move forward - - a "Look Before You Leap" proposition.

Please contact Governor Gianforte and let him know you support the City of Great Falls' request for a common-sense impact study of the proposed Madison Food Park Slaughterhouse by signing the petition!

* Thank you for joining thousands of concerned citizens in telling our decision makers to look before we leap - your signature matters!

***** Please disregard any follow-up message from iPetition asking for donations; no donation is needed to sign the EIS petition. *****

If you are interested in making a financial contribution, please consider donating to our partner Upper Missouri Waterkeeper, Protect the Falls’ 501c3 fiscal sponsor. Please include a comment saying "MFP Slaughterhouse” so funds are allocated accordingly.

Again, thank you for taking action and supporting responsible decision-making!