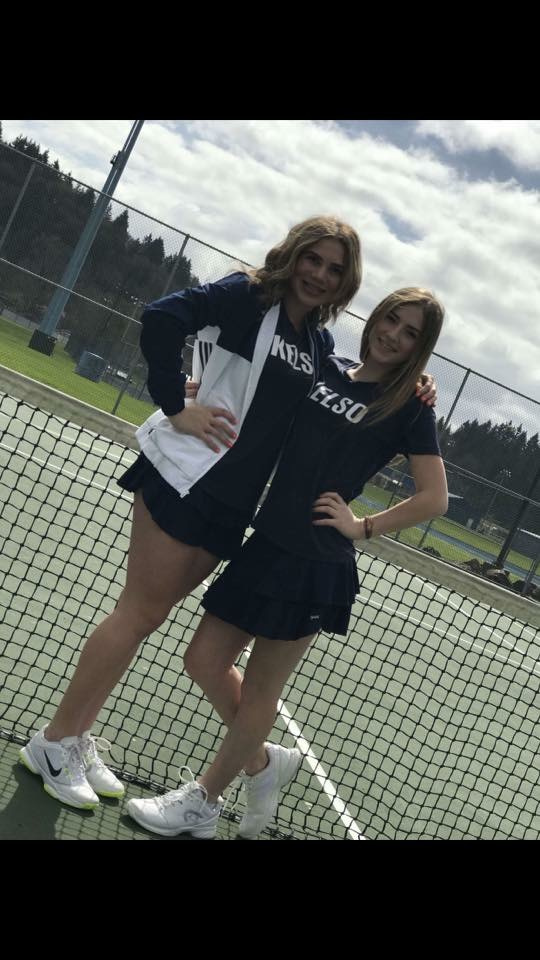 Maddison Cothren has attended attended Kelso School District since kindergarten. She has always gotten good grades, never gotten in trouble, is Captain of the Tennis Varsity team, and attends LCC part time, all while working part time. Recently, she ran into a teacher that she felt was picking on her. Lots of other students have felt this way too, and expressed that in personal experience forms about her we created and passed out. Maddison took a video of her turning in assignments this teacher would later claim we’re never turned in-which is similar to stories written on our personal experience forms given out to other students that have had that teacher. This and other incidents were happening for months and as one of Maddie’s bestfriends I would hear about it often. She would finish her assignments, and cry when she said that she never turned them in and she watched her grade slowly fall. After these months of pain Maddie was going through, she tried going to the counselor for help and to get switched out, but was declined the proper help she needed. She went to Facebook to express her emotions, simply stating, “My name is Krieder and I fail some students for no reason”. Instead of suspension, like other incidents like this, Maddison received the cruel punishment of being expelled. She’s unable to play Tennis this season, graduate at Kelso and walk with all her friends since Kindergarten, and it’s just unfair. I’ve personally attended that school, and had videos of people telling me to kill myself, and those individuals only got a slap on the wrist. This punishment is too extreme, and we would like the Kelso High School to reevaluate their decision