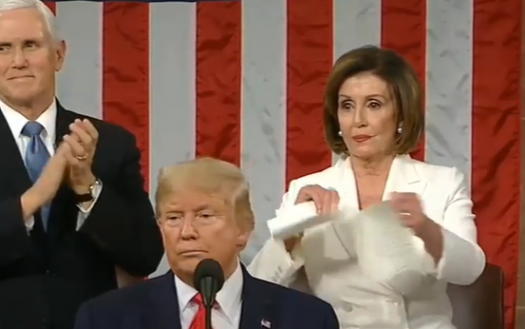 During the State of the Union speech, we witnessed one of the most disgusting displays of partisan behavior that we have ever seen in the history of this great nation. You decided to tear up the President's speech in an act of petulant childishness.

By doing so, you disrespected not only the office of the President, but the American people as well. You showed your ugly disregard for the accomplishments of the Tuskegee airman who fought bravely for his country during WWII. You showed your disrespect to the families of the child born at 21 weeks, as well as the those of Rocky Jones & Kayla Mueller. Last, but not least, you displayed your petulant partisan politics for the whole world to see.

We, the American people, demand an apology. We demand that you admit that your actions were reprehensible, and that you promise never to do something like that again.

Further, we demand that your Party condemn this behavior.

We are watching, and we are waiting.