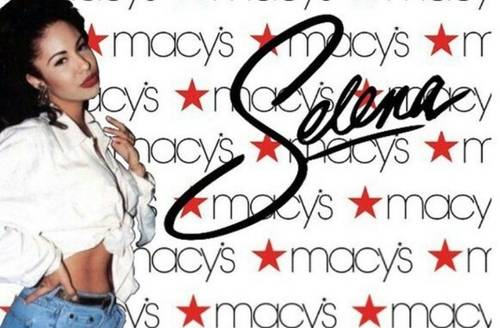 As a huge fan of both fashion and the 1994 Grammy-Award winning cultural icon Selena Quintanilla, we Selena Fans believe that it'd make perfect sense for Latin music sensation and fashion icon Selena Quintanilla to receive a fashion line with Macy's. Selena Quintanilla is not only known for her amazing music, her beautiful curves, hair, smile and red lips but, she is also known for being a time less and trend-setting fashion icon by her famously worn bustiers, crop tops, high waisted jeans, jump suits you name it! Macy's has not only done an excellent job at recreating Marilyn Monroe's iconic outfits but, they have also brought back Marilyn Monroe's fashion into modern culture. We are asking Macy's to release a Selena Quintanilla inspired fashion line and sell them at their stores for Selena fans to buy and wear! Don't you think Selena's MAC Cosmetics make up line that will debut in October 2016 and hopefully a Selena fashion line be a great combination!? #MACYSxSELENA